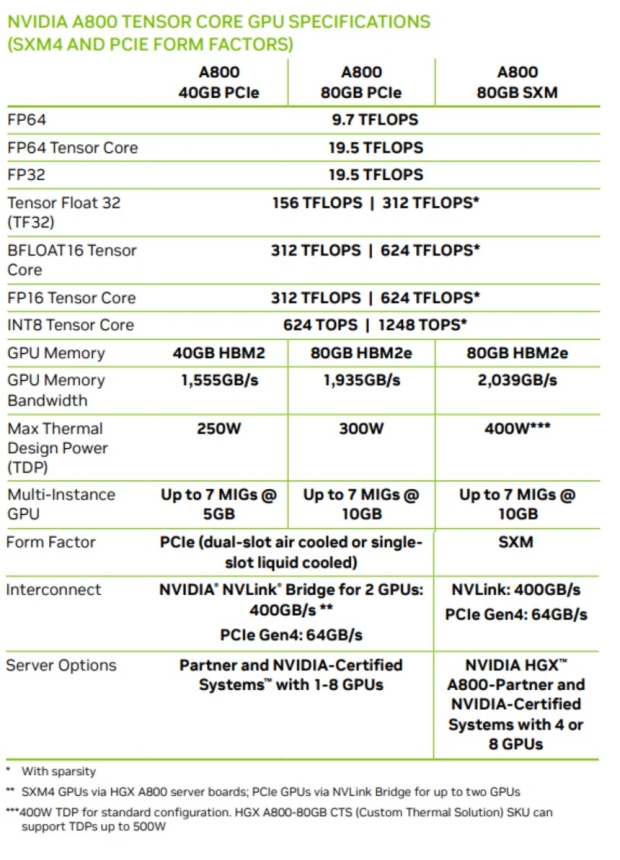 The NVIDIA spokesperson told Reuters: "The NVIDIA A800 GPU, which went into production in Q3, is another alternative product to the NVIDIA A100 GPU for customers in China. The A800 meets the U.S. Government's clear test for reduced export control and cannot be programmed to exceed it".

Wayne Lam, an analyst at CCS Insight said (based on the information Reuters provided): "The A800 looks to be a repackaged A100 GPU designed to avoid the recent Commerce Department trade restrictions. China is a significant market for NVIDIA and it makes ample business sense to reconfigure your product to avoid trade restrictions".

NVIDIA is doing around $400 million worth of sales in China each year, so the changes to its new A100 -- and now A800 Tensor Core GPUs -- are able to meet the strict regulations to get their silicon into the country.