A team of researchers attached cameras to a group of Tiger sharks to study the ocean floor, and what they discovered was amazing. 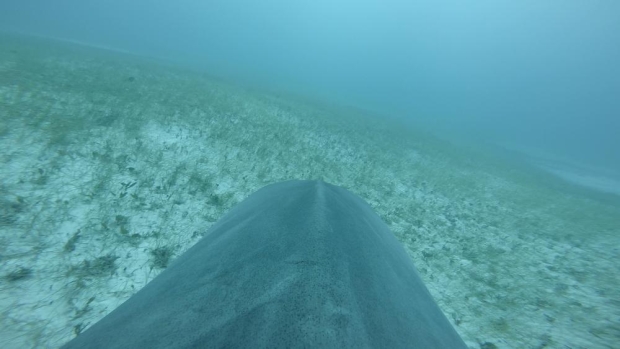 The new study published in the scientific journal Nature Communications details a group of scientists attaching cameras and trackers to the dorsal fins of several Tiger sharks. These sharks then led the researchers to an incredible seabed in the Caribbean. The study explains that the sharks led the researchers to an underwater forest of seagrass that the team believes is approximately 35,000 miles in diameter. The authors behind the study say the discovery is a representation of how little humans know about the ocean.

"This finding shows how far are we from having explored the oceans, not just in the depths, but even in shallow areas," coauthor Carlos Duarte from the King Abdullah University of Science and Technology in Saudi Arabia.

How come sharks were used to make this discovery? Simple, money, and time. The researchers decided against using human divers or submarines for the aforementioned reasons, as Tiger sharks are already expert divers that are capable of covering large portions of the seabed over a small amount of time.

Seagrass is "probably one of the best allies and assets that we have in terms of naturally trying to mitigate the effects of climate change," Oliver Shipley, a senior research scientist at marine science non-profit Beneath the Waves and a coauthor of the paper.

From the success of this study, the researchers are now looking into other marine life that can be used to explore different parts of the ocean that are yet to be examined.

In other news, the US military's mysterious plane has recently completed 900 days in orbit, and there is currently no end date in sight. Additionally, no one knows of the entire payload aboard the plane as it's completely classified.

In more other news, Elon Musk's Twitter has rolled out mass permanent bans on accounts that decided to impersonate him in protest against the $8 verification checkmark badge. Musk took to his personal Twitter account to announce a heated warning to anyone considering doing the same impersonation.