NASA has released a new set of images captured by its Lucy spacecraft while it was conducting its first of three Earth gravity assists. 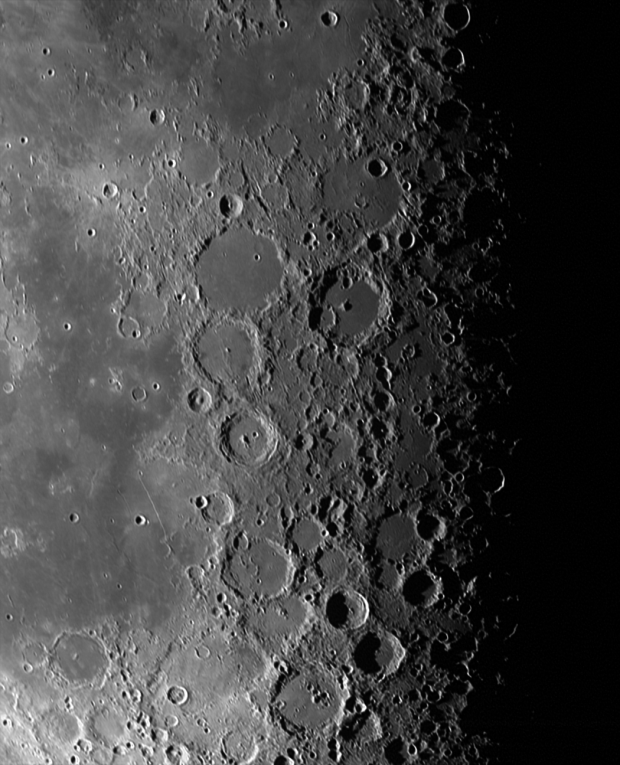 The space agency has taken to its blog to share the images captured by Lucy while it was between the Earth and the Moon, approximately 160,000 miles from the lunar surface, or about 6.5 hours after it conducted its first of three gravity assists, which is the process of using Earth's gravitational pull to gain momentum to slingshot the spacecraft further. The above image showcases a 800 mile wide patch near the center of the last quarter moon, with each pixel representing approximately 0.8 miles.

According to NASA the image was captured with the Lucy LOng Range Reconnaissance Imager (L'LORRI), and is made up of a combination of ten separate 2 millisecond exposures that have then been sharpened to bring out the most detail possible.

"This mosaic, which is made from 5 separate 1 millisecond exposures, has been sharpened. Note that the image covering the uppermost portion of the edge of the moon was taken at an earlier time, resulting in a small mismatch in the images there. Each pixel represents approximately 0.7 miles (1.2 km)," wrote NASA. 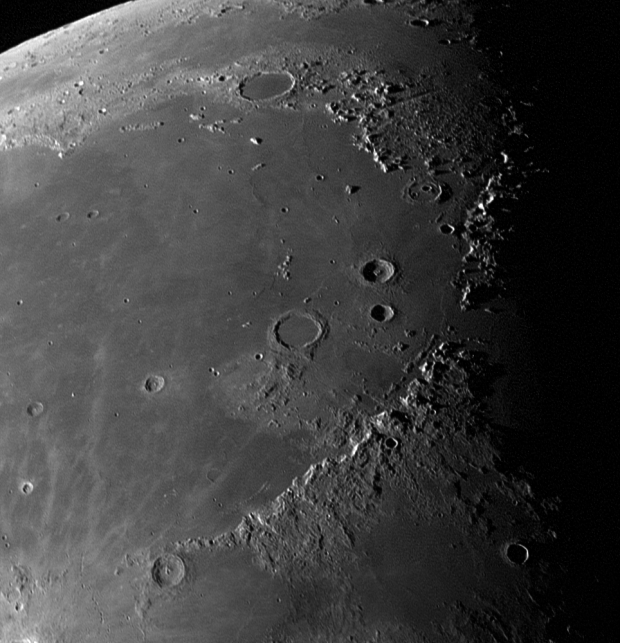 "The image shows a roughly 600 mile (1000 km) wide swath of lunar terrain, dominated by the ancient, lava-filled impact basin Mare Imbrium. The Apennine Mountains, part of the Imbrium basin rim, which were the landing site for the Apollo 15 mission in 1971, dominate the lower-right portion of the image. Lucy was approximately 140,000 miles (230,000 km) from the Moon when the image was taken," wrote NASA.