A Reddit user has secured themselves a decommissioned Netflix cache server, posting about his experience on Reddit.

Redditor "PoisonWaffle3" works for an ISP that has been getting rid of old Netflix servers, as they've been upgrading to new systems. In a thread titled "So I got a Netflix cache server..." with a bunch of pictures of the bright-Netflix-red server, and what is inside of the cache server. 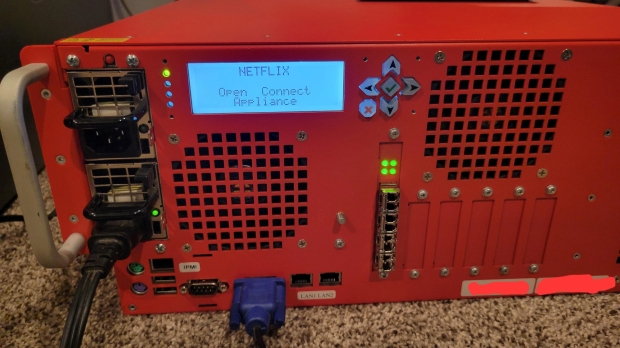 PoisonWaffle3 explained on his post on Reddit that all he could find online for the Netflix cache server was overviews, installation and configuration guides for their proprietary software, and more. The Redditor noted that he had "no specs, no clue what was inside the red box". 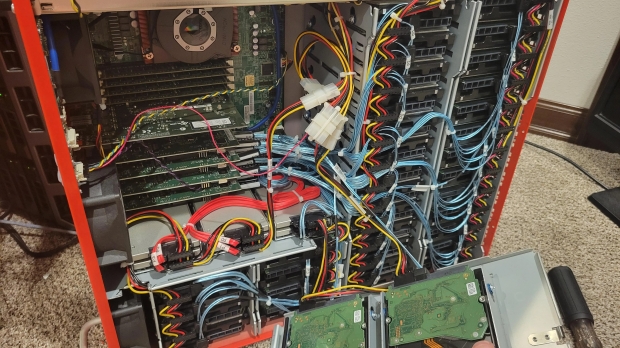 Inside of the Netflix cache server (source: "PoisonWaffle3" on Reddit)

Dave Temkin, Netflix's former Vice President of Network Systems Infrastructure told Motherboard: "They're just an Intel FreeBSD box. We got Linux running on some of the generations of that box as well. They're designed to have a huge pipeline from disk to NIC and not do much else. The CPU is just enough to support that mission. It has a custom NIC but it's actually nothing crazy".

PoisonWaffle3 replaced some of the noisy fans inside of the server, as well as one of the failed storage devices, w here he might use it as a NAS (network attached storage) at home. Makes sense, given there's an incredible 262TB of storage that he got for FREE. 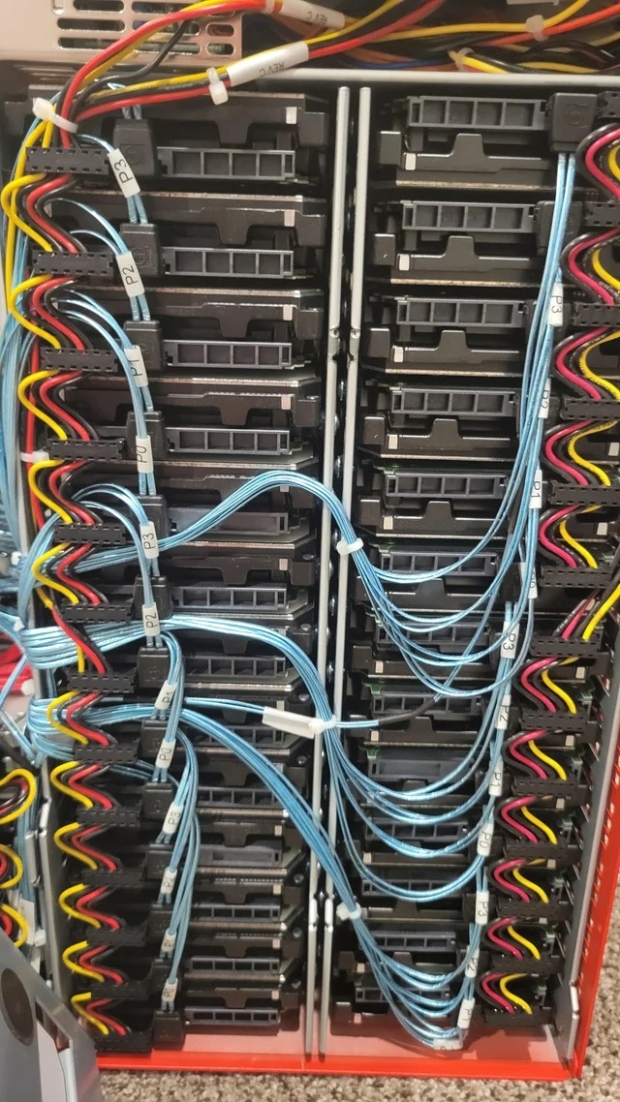 PoisonWaffle3 explained on Reddit: "So I got a Netflix cache server... "All I could find online was overviews, installation/config guides for their proprietary software, etc. No specs, no clue what was inside the red box".

"I have an opportunity to get a newly retired Netflix OCA cache server/appliance from work (large ISP). I don't have all of the details yet, but I gather that the retired appliances are about 4-5 years old and are filled with SSDs that likely have a lot of read/write cycles on them. I'm not sure on the rest of the specs yet".

"I should have an opportunity to check them out in a few hours, and can either bring one home or nab a few parts. I don't have a four post rack (only a 22u 2 post that's wall kountrd), and I'm pretty sure these will draw a lot more power than my PowerEdge T620. What do you guys think? Anyone have any experience with these hands-on? I can't find much online".