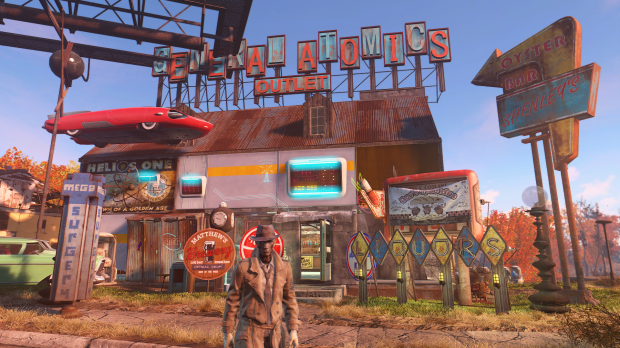 Today Bethesda announced that Fallout 4 is getting a free upgrade on PlayStation 5 and Xbox Series X/S. Normally this would be a day of celebration, but PC players are expecting big problems from the update.

The big issue is mod compatibility. Any time Bethesda updates or adjusts Fallout 4, the publisher typically breaks mod support in some fashion. This happened with the rollout of Creation Club back in 2017, kicking off a big controversy within the modding community. The main problem is that new versions of Fallout 4 typically break Fallout Script Extender compatibility, which is required for most of the most commonly used mods.

While Fallout Script Extender had been updated to meet compatibility with the new Creation Club version of Fallout 4 back in 2017, and a good portion of mods had also been updated to be compatible, some mods fell through the cracks. Other mod creators simply removed their creations from platforms like Nexus Mods in protest.

Following Creation Club, Fallout 4 has been left alone for a while. But upgrading to this new version of the game could once again break mod compatibility on a widespread level.

And if a mod is defunct, meaning the author hasn't or won't update it again, there's a chance the save game with that mod could become corrupt and lost.

"Prepare for the future: A next-gen update is coming to Fallout 4! Coming in 2023, this free update will be available for Xbox Series X/S, PlayStation 5 and Windows PC systems, including performance mode features for high frame rates, quality features for 4K resolution gameplay and even bonus Creation Club content!"

Script-makers and mod creators are forced to stay ahead of the curve and do what they can to ensure compatibility, but ultimately there's not a whole lot of reasons for Bethesda to adjust Fallout 4 on PC.

No one on PC wants or needs the "extra Creation Club content". There are a plethora of mods that add more content that any Creation Club addition.

It's a strange move, but I suppose gamers can simply not update or upgrade to the new version to retain mod support. Still, though, this really shouldn't need to be the case.

One big reason for the cross-platform update is console mods. Remember that Fallout 4 supports mods on both PlayStation and Xbox (don't even try to use the mods on PlayStation, they're not great). These mods are created on PC. So if you want to create mods for the new upgraded Fallout 4 version, odds are that you need to have an upgraded creation kit as well...and maybe even the upgraded Fallout 4 version installed on PC, too.