Astronomers have used the instruments aboard NASA and the European Space Agency's James Webb Space Telescope to peer into the early universe to make an exciting discovery. 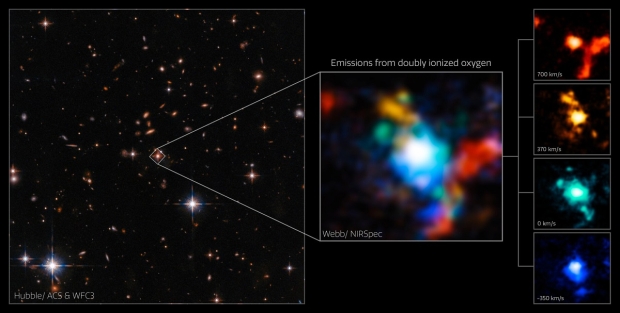 The European Space Agency (ESA) has taken to its website to detail a new discovery by Webb, with astronomers identifying an extremely red quasar called SDSS J165202.64+172852.3 (SDSS) that existed in the early universe - approximately 11.5 billion years ago. The ESA explains that quasars are very rare and are the nucelli of an active galaxy. The above image showcases Webb's observations of the extremely red quasar SDSS and how a cluster of massive galaxies is forming around the quasar.

Previously astronomers speculated, based on the amount of energy outflows from the quasar, that its host galaxy was merging with some other partner. What they didn't expect, and what Webb revealed, was that the merger would feature at least three galaxies swirling around the quasar. The ESA writes that the observations allowed astronomers to map the motion of the surrounding material around the quasar to determine that SDSS was part of a dense knot of galaxy formation. 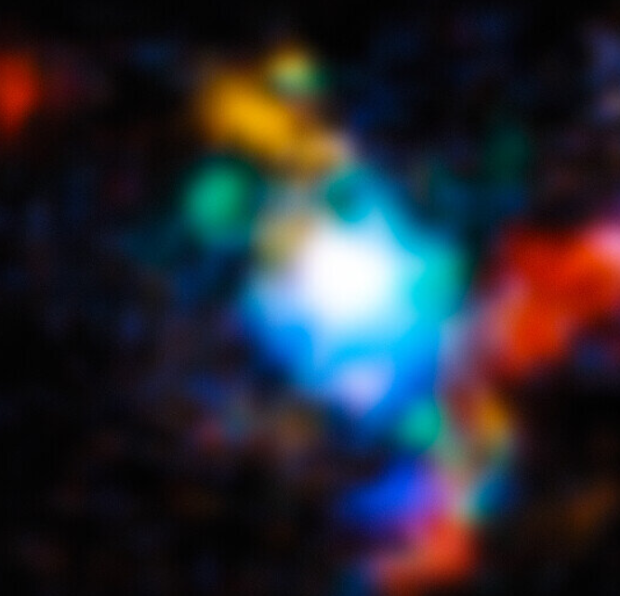 "There are few galaxy protoclusters known at this early time. It's hard to find them, and very few have had time to form since the Big Bang. This may eventually help us understand how galaxies in dense environments evolve... It's an exciting result," said astronomer Dominika Wylezalek of Heidelberg University in Germany, who led the study into this quasar.

"The three confirmed galaxies are orbiting each other at incredibly high speeds, an indication that a great deal of mass is present. When combined with how closely they are packed into the region around this quasar, the team believes this marks one of the densest known areas of galaxy formation in the early universe," writes the ESA.