NASA has taken to its YouTube channel to release a phenomenal set of images that make up a twelve-year timelapse of the entire sky.

The space agency took to its NASA Jet Propulsion Laboratory (JPL) YouTube channel to share a video that details the many changes in the universe over a small period of time. The images were captured by NASA's Near-Earth Object Wide Field Infrared Survey Explorer (NEOWISE) space telescope, which was originally launched in 2009. NASA's NEOWISE space telescope was launched to study the universe beyond our Solar System, and the data it collected allowed researchers to create a fantastically valuable view of how objects beyond our solar system have moved and changed over the years.

NEOWISE has mapped the locations of hundreds of millions of objects across the cosmos and the amount of infrared light each of those objects is emitting. With this data, researchers are able to see how objects change with time as the amount of infrared light is reduced/increased. Notably, an entire sky's worth of data is acquired every six months by the telescope, and during its time mapping the entire sky NEOWISE gathered eighteen of these maps, which scientists then stitched together to create the incredible timelapse. 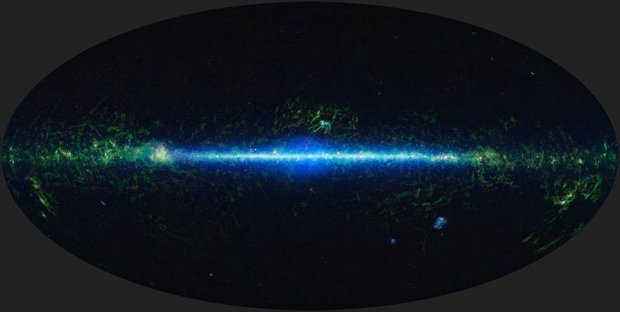 "We never anticipated that the spacecraft would be operating this long, and I don't think we could have anticipated the science we'd be able to do with this much data," says astronomer Peter Eisenhardt, from the NASA Jet Propulsion Laboratory in California.

NEOWISE's data has allowed researchers to identify 260 brown dwarf stars, along with nearly twice as many Y-dwarf stars, giving astronomers insight into different star formations and the particular evolution of stars over the course of years. Furthermore, NEOWISE's data allows astronomers to identify black holes from great distances as NEOWISE detects a burst of infrared light that occurs when a black hole engulfs a large amount of matter. These black holes are then identified by astronomers and further studied.

"If you go outside and look at the night sky, it might seem like nothing ever changes, but that's not the case," says astronomer Amy Mainzer, from the University of Arizona, the principal investigator for NEOWISE.

Astronomers are also tracking the location and evolution of nearly 1,000 protostars, a very young star that is still gathering mass from its parent molecular cloud. With hundreds of protostar locations identified with NEOWISE's large data pool, astronomers are able to watch the evolution of these young stars and map how they change and form.

In other space news, multiple UFOs have been sighted and confirmed by several eyewitness pilots.