The accounts from the pilots come from former FBI agent and host of the Discovery+ show UFO Witness, Ben Hansen, who managed to get his hands-on new footage along with air traffic control recordings.

The accounts from the various pilots come from Southwest Airlines, Hawaiian Airlines, and others between the dates of August 6 and September 23. In one instance of a UFO sighting, a former F-18 pilot in the Marine Corps, Mark Hulsey, said that he was observing multiple aircraft flying above him, with the former military pilot first reporting seeing three objects while flying a charter jet off the Los Angeles coast. Hulsey then called back nearly 30 minutes later to report that there was now seven aircraft flying anywhere between 5,000 and 10,000 feet above him.

The compiled accounts from the pilots detail strange lights being spotted, with some pilots reporting them as possible aircraft. Notably, these strange lights were spotted by "upwards of 15 different commercial flights. And at least six pilots are willing to go on record with their names and everything if asked to do so by any investigative agencies. In this case, we have a global phenomenon from as far west as Japan, to as far east as possibly Miami. Whatever it is, pilots are seeing it from halfway across the world," said Hansen. 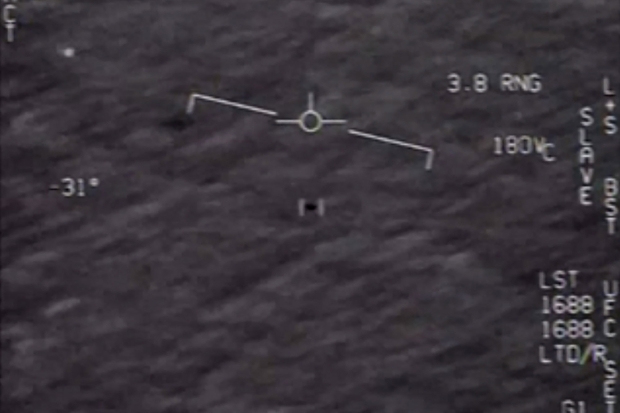 63-year-old Veteran pilot Chris Van Voorhis who has more than 32,000 of flight experience spoke to The Daily Mail and said that he saw three to five bright objects flying over the Pacific Ocean from Honolulu to Los Angeles in August this year and that these objects were flying in a circular "race track" motion.

"It had to be in a very, very high orbit, or actually even out in space quite a ways away from anything that a satellite would be, because every time we were seeing it, it was in the lower right hand corner of the Big Dipper, no matter where we were in the world. It lasted for such a long time that it actually became boring, almost," said Van Voorhis.