Intel has now launched its new NUC 12 Enthusiast "Serpent Canyon" PC, with the system arriving in a rather unique coffin-shaped retail package, which has been pictured by ETA Prime. Check it out: 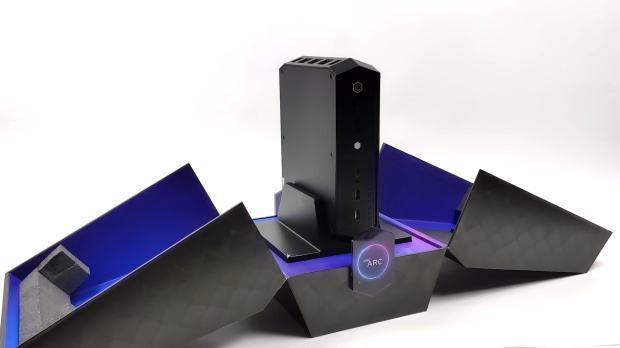 The interesting coffin-shaped box that the Intel NUC 12 Enthusiast "Serpent Canyon" system arrives in looks awesome, which packs the PC itself, a vertical stand, and the 330W power supply. You also get some nifty replaceable side panels, which feature either a skull or serpent and are LED-illuminated... of course.

Inside, the new Intel NUC 12 Enthusiast "Serpent Canyon" system packs an Intel Arc Alchemist A770M GPU, which is pre-installed onto the motherboard.

Intel's new NUC 12 Enthusiast "Serpent Canyon" is also Intel Optane ready (even though Intel just shut the division down), and 3 x M.2 slots that are ready for PCIe 4.0 or PCIe 3.0 SSDs as well as a SATA SSD that can be between 128GB and 2TB. 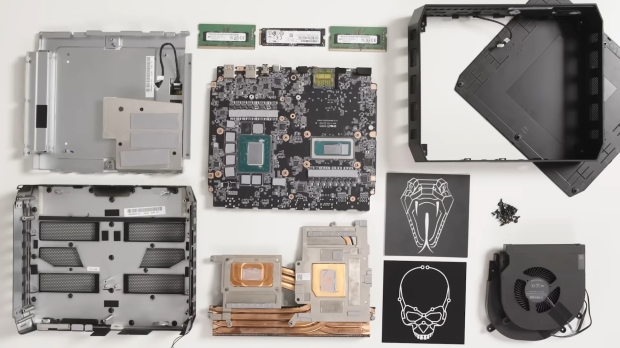 It's more than enough performance for a kick-ass HTPC system, or a casual / esports gaming PC that gets plugged into the TV. You've got HDMI 2.1 output which will feed 4K 120Hz+ into a TV, as well as DisplayPort 2.0 (thanks to the Intel Arc A770) outputs that will handle being plugged into any monitor you can find -- including 8K monitors -- as well as dual Thunderbolt 4 ports.

Network connectivity is also strong, with Wi-Fi 6E and enthusiast-grade 2.5GbE ethernet if you need super-fast wireless, or super-fast wired networking... then the Intel NUC 12 Enthusiast "Serpent Canyon" has you covered. It won't be breaking the bank either, with a starting price of $1699 where you'll get 8GB of DDR4 RAM and 256GB of storage. 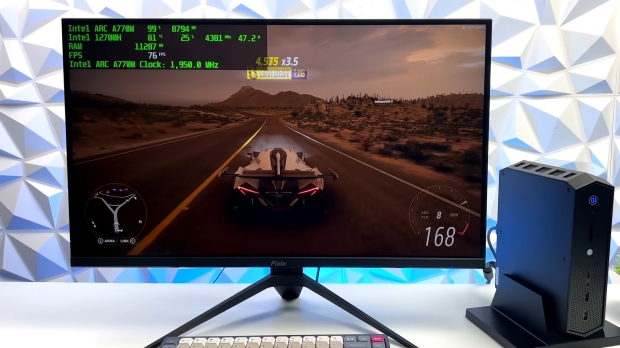 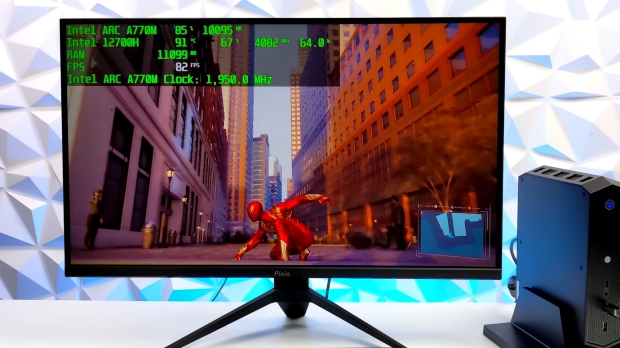 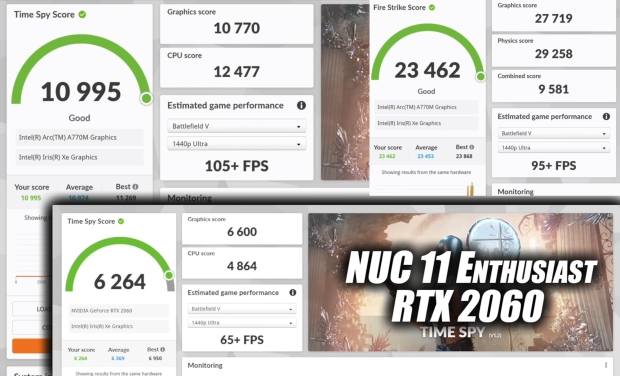 ETA Prime benchmarked the Intel NUC 12 Enthusiast "Serpent Canyon" PC where the Intel Arc A770M GPU inside runs faster than the 1650MHz GPU clock it's advertised with, with the GPU pushing between 1700MHz and 2000MHz depending on the benchmark or game.