The newly-formed company, Sony Honda Mobility, became official when executives from Sony and Honda met with one another during a press conference. The company will become software-oriented and reach customers through a focus on online sales.

Automakers pairing with software and tech companies isn't anything new, but this announcement shows how blurred together both verticals are. Sony will bring experience and knowledge about software and technology, while Honda brings its car R&D and production to the table. For example, Sony reportedly wants to offer a monthly subscription for its software system, so the company will need to step up its functionality and customization to make it worthwhile.

Interested customers can look ahead to Q1 and Q2 of 2025, when pre-orders for the first vehicle are expected to launch. Sony Honda didn't offer details about the vehicle, pricing, or battery range - those details will hopefully be available sometime in 2023.

Delivery is expected to start in spring 2026 for North America, while Japan will follow during Q3 and Q4. The US government has given consumer tax credits for car buyers, along with financial benefits for companies building EV batteries in the US. North America is a logical place to set up shop, as Honda has Ohio factories already in place, and will have close access to a growing number of potential customers.

The company will be at CES in January 2023, ready to discuss Sony Honda Mobility's ambitious EV strategy. Although both companies made the announcement earlier in 2022, the public had to wait to hear more details about what the company had planned - and when we'd get the chance to buy anything.

Honda has dragged its feet when it comes to fully-electric car or SUVs, though might find a tech company able to help keep it motivated. 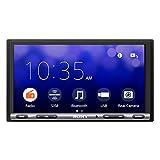