It'll be a while longer before gamers can set sail in Ubisoft's new pirate simulator. 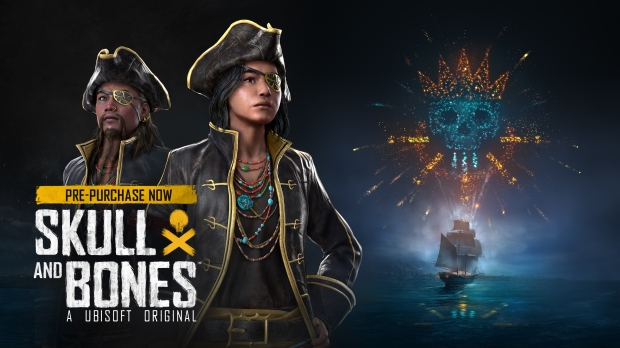 Ubisoft has announced Skull and Bones has been delayed to March 9, 2023, right before the company's fiscal year ends (although the game's release won't make much of an impact on FY23 revenues, it will however help buffer the Q1 period of the following year...assuming the game does well).

As IGN notes, this is the fifth time Skull and Bones has been delayed. The game has been in development for some 10 years after being announced in 2013, and has been rebooted multiple times. Skull and Bones had originally started off as an Assassin's Creed expansion, and then morphed into an MMO at one point. The pirate sim's current iteration puts emphasis on online multiplayer, ship decoration and naval combat (which should offer monetization potential), as well as crafting and gathering and exploration of the High Seas.

The team delivered this message concerning the game's delay:

"We could use a bit of extra time to polish and balance the experience even further and ensure you all get the best experience we can offer. We have therefore decide to push our initial launch date to March 9, 2023."

However, sources tell Kotaku that Skull and Bones' team is simply burned out and needs more time.