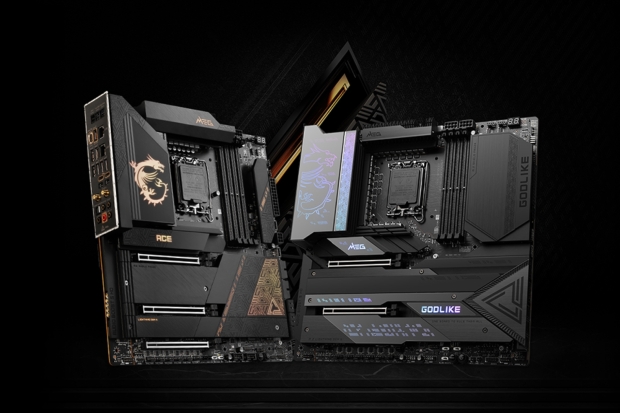 MSI has Lightning Gen 5.0 PCIe slots and Gen 5 M.2 SSD support, which offers up to 128GB/sec of bandwidth if you've got a slew of PCIe 5.0 SSDs ready. MSI's new MEG Z790 GODLIKE motherboard features the company's new patented Screwless M.2 Shield Frozr with Magnetic for the ultimate ease of installation.

Inside of that new MSI MEG Z790 GODLIKE motherboard, you'll want to install Intel's new flagship Core i9-13900K "Raptor Lake" CPU that offers 24 cores (8P+16E) at up to 5.8GHz, but there is a new 6.0GHz SKU coming in early 2023 in limited volumes (something Intel announced during its Innovation event when it unveiled the new Raptor Lake CPUs). That bad boy will go perfectly into MSI's new MEG Z790 GODLIKE motherboard.