Modern Warfare 2 had the most popular Call of Duty beta in the history of the franchise, Activision today confirmed. 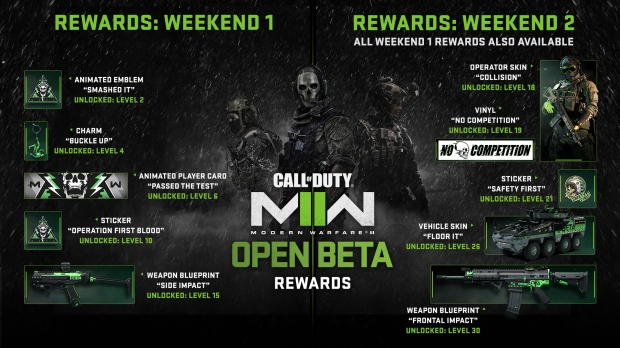 Call of Duty is set to explode in October with the release of Modern Warfare 2. All signs point to MW2 shattering previous records and becoming the best-earning game in the series. The game has topped sales charts on Steam and the MW2 beta had more players than any other game in the series. Oddly enough, Activision didn't provide any numbers (the FTC and other worldwide regulators are watching, after all) but expect this to be in the millions.

Modern Warfare 2 will have a number of benefits working in its favor, including cross-gen releases, a brand new Warzone for consoles and PC, and even a special release of Warzone for mobile with cross-progression. Modern Warfare 2 isn't just a game, but a platform for the future of the Call of Duty franchise, and will link and tie into both Warzones in a meaningful way.

Speaking of Warzone mobile, Activision confirms that there are 15 million people pre-registered for Warzone mobile. If these people log into the game on day one, then Warzone mobile will have beaten the original 2020 Warzone's initial day one playercount.

The developers also shared all the extras and rewards that Modern Warfare 2 beta players will receive once the game goes live on October 28 (and when Warzone goes live on November 16).