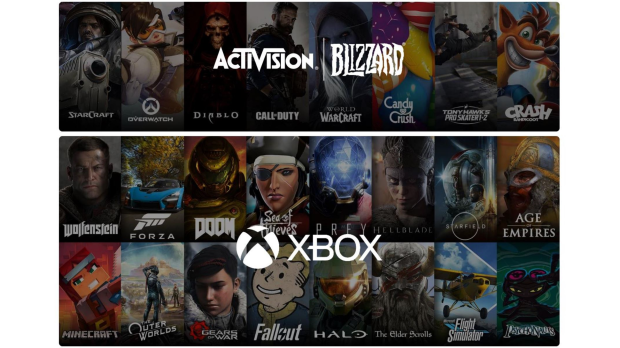 Anti-trust and competition regulators all over the globe are currently investigating the Microsoft-Activision buyout deal. Some agencies like Saudi Arabia's General Authority for Competition have delivered no objection decisions on the deal. Others, like the FTC in the United States, the CMA in the UK, and the European Commission have yet to make a formal decision.

Sources have told the Financial Times that regulators in the UK and Europe will look closely at the deal, especially how it could affect the video games market. We've reported in the past that Call of Duty is an unrivaled franchise in sheer sales volume, reach, and consistent earnings, and the UK's Competition for Markets Authority has raised concerns about how Call of Duty exclusivity and Microsoft's cloud market could potentially squeeze competitors.

"It is a big deal, a difficult deal. It needs an extensive investigation," one source told FT.

The report also indicates that Microsoft has not made an effort to formally respond to the CMA's claims behind closed doors and adjust the deal according to the CMA's worries--e.g. Call of Duty being exclusive to Xbox. This is because the CMA is unlikely to accept the adjustments--formally known as "remedies--because the investigation is just reaching the end of Phase 1.

In short, there's nothing Microsoft could do in order to dissuade the CMA from approving the deal and enacting a Phase 2 and investigating deeper.

To determine what's fair and whether or not the Activision deal could harm competitors like Sony or even Nintendo, regulators require more information. The FTC is currently processing a Second Request phase of acquisition decision-making, and the UK's CMA has also issued a second phase.

The reality is that the Financial Times report isn't actually abnormal. This is standard operating procedure for a deal of this magnitude. Microsoft's proposed share buyout represents a $68.7 billion purchase, which exceeds the industry's largest buyout by 500% (as compared to Take-Two's recent purchase of Zynga for $12.7 billion).