Uber Eats has announced that it has partnered with autonomous tech developer Nuro, with a new 10-year contract signed in the last few days that will see a bigger rollout of Nuro's driverless delivery robots. 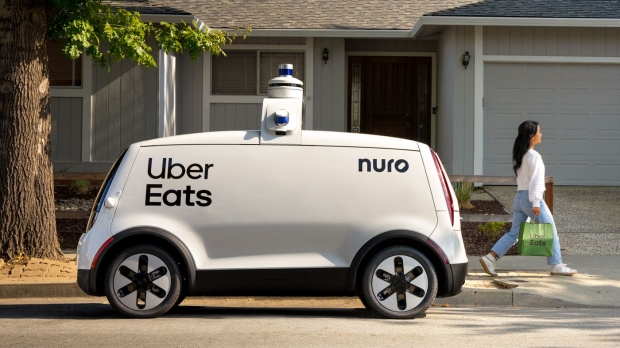 The future-styled Uber Eats robotic delivery vehicle, made by Nuro

But the bigger issue here is that Uber will eventually not have to pay human drivers to deliver food and other goods to customers through its Uber Eats service, something the company has been aiming at and working towards for a while now. Autonomous vehicle technology hasn't been as fast as the company hoped, and this new 10-year contract doesn't mean we'll see Uber Eats rolling out autonomous delivery robots immediately.

What it does mean, is Uber is forging ahead with robotic drivers over human drivers and will continue to use human drivers until they get to the point where autonomous delivery cars are more accepted (and allowed, legally) on the roads of the United States. Once we see the development of Level 4 and Level 5 autonomy in vehicles improve -- something expected two years ago in 2020 -- Uber Eats can move forward with robot delivery dominance.

Nuro delivery robots and their respective autonomous technology are now being looked at by business partners and investors in a different light: instead of improved deliveries, they can be a cost saver for companies. Any company that delivers products can use an autonomous vehicle being driven by an AI, versus a human driver that's paid by the hour. A sad, robotic reality for our robotic overlords.

Noah Zych, global head of Autonomous Mobility and Delivery at Uber: "Nuro and Uber share a vision in which technology can make everyday life just a little bit easier. Nuro's distinctive autonomous vehicles are a great match for the Uber platform, and this partnership will bring a compelling combination of innovation alongside the convenience, affordability and reliability our customers and merchants have come to expect". 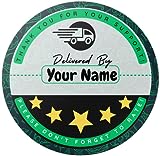