Ubisoft officially confirms Assassin's Creed Infinity isn't a game, but a platform hub that will connect all future games in the series. 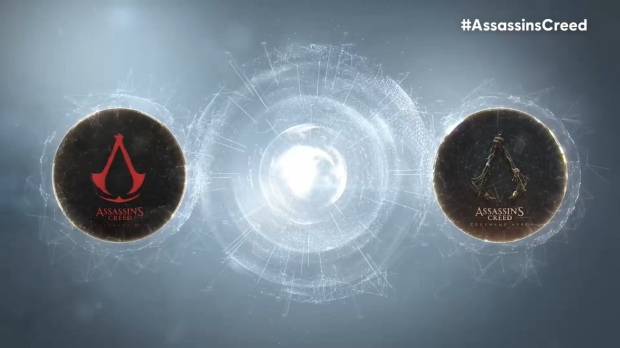 Ubisoft's most valuable Assassin's Creed project isn't actually a game. Assassin's Creed Infinity is the next big thing in the franchise, and as we guessed many moons ago, Infinity is a kind of games launcher that will host new games and content. Think of it like a new Ubisoft Connect launcher exclusively for Assassin's Creed games--and more importantly, one that can appear on consoles. I've coined the term games-as-a-platform to describe this trend, and this is something 343 Industries aspires to do with Halo Infinite.

"Infinity is not a game per se, it's going to the single entry point for our fans into the Assassin's Creed franchise into the future," said Ubisoft's Marc-Alexis Cote. "Infinity is going to be a hub that will unite all our different experiences and our players together in meaningful ways."

Infinity's goal is simple: It'll be a combination storefront, launcher, portal, and hub. It's a kind of one-stop shop where you'll be able to buy games, play them, connect with other players in specific multiplayer scenarios, earn rewards, and most importantly, Infinity could facilitate interesting cross-over content that merges characters and events from Assassin's Creed games together where applicable--or where fantasy permits. We've seen this already with the Kassandra crossover in Assassin's Creed Valhalla.

Oh, and there's an extra added benefit for Ubisoft: DRM. Infinity may require users to be always-online or connect to the internet for verification checks. This arms Ubisoft with critical data points that are absolutely necessary to continue shaping and molding its games per player feedback.

"We're actually investigating how we will bring back standalone multiplayer experiences into the Assassin's Creed universe all connected to the Infinity hub," Cote said.

Cote's words contrast with what Ubisoft management has said about Infinity in 2021: