MSI has revealed its pricing on its next-gen flagship MEG X670E GODLIKE motherboard, which will be priced at $1300. Yeah, we're not joking around... but it's not that crazy. 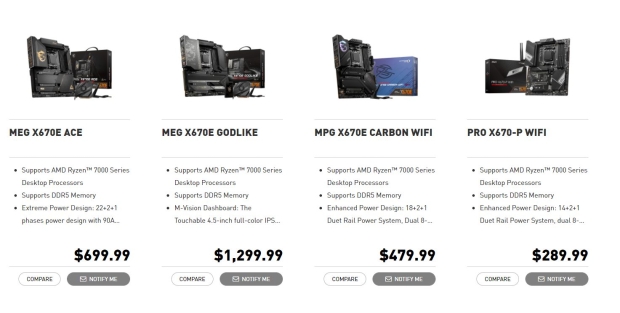 MSI's ultra-premium MEG X670E GODLIKE motherboard does pack everything including the kitchen sink, with MSI including its M-Vision Dashboard: a new touch-capable 4.5-inch display that was teased in the rumors at the start of August. 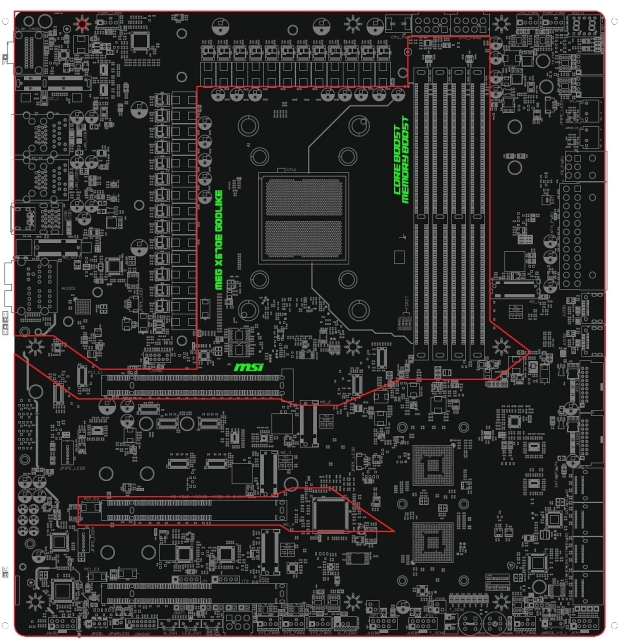 We had leaks of the PCB of the motherboard at the time, with MSI using a 24+2+1 phase VRM and 105A Power Stage design, which is a rather hefty upgrade over the 14 phases that MSI uses on its MEG X570E GODLIKE motherboard. Not a bad upgrade indeed.

MSI's new MEG X670E GODLIKE motherboard is capable of taking 128GB of DDR5 memory, while the board itself arrives in the huge E-ATX motherboard form factor. So make sure, very sure, that your case and everything else you're buying is ready for this behemoth next-gen X670E-based motherboard.

Storage-wise, we have 4 x M.2 slots that one of which will support the next-gen PCIe 5.0 standard that can drive up to 14GB/sec+ without an issue. You'll also have 3 x PCIe 4.0 x4 slos that are attached to the dual X670 PCH configuration. 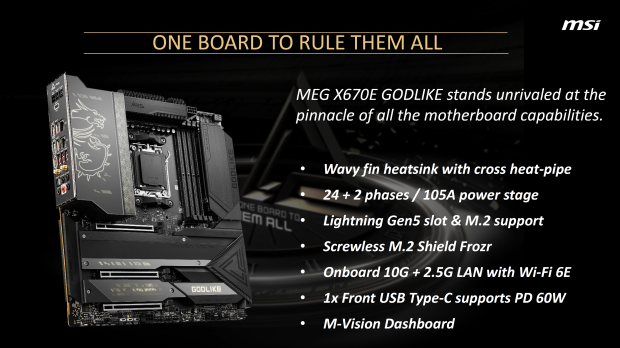