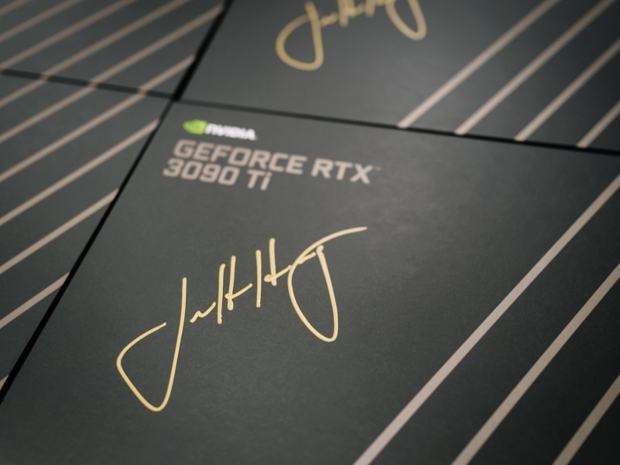 In order to win the signed-by-Jensen GeForce RTX 3090 Ti Founders Edition graphics card, you'll need to be registered for GTC that takes place later this month -- registration is free, by the way -- where you'll just need your email address. The pre-registration process began back on August 23 and runs through to September 22.

NVIDIA's upcoming GTC will take place between September 19 and 22, after which the Japanese and Korean media that have their giveaways will have their GeForce RTX 3090 Ti Founders Edition graphics cards that were personally signed by Jensen Huang. Right before the launch of next-gen Ada Lovelace GPUs and the new GeForce RTX 4090, that's expected to kick the GeForce RTX 3090 Ti's ass. 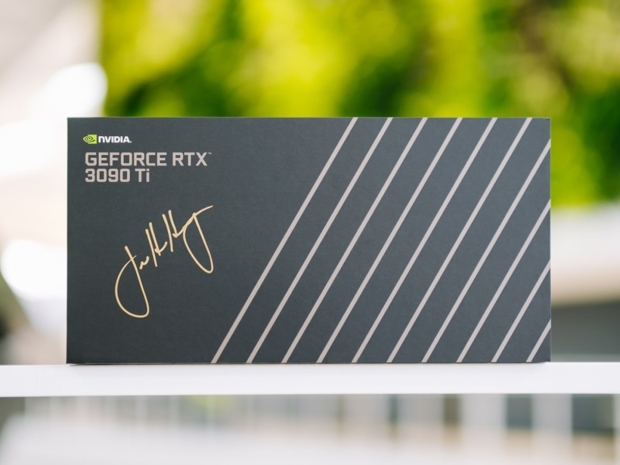 Imagine this sitting on your shelf!

I definitely would love to have a GPU retail box (and even the card itself) signed by Jensen Huang himself.