We know that NVIDIA commands around 75-80% of the discrete GPU market share, but the latest Jon Peddie Research report notes that yeah... NVIDIA still owns the GPU market. 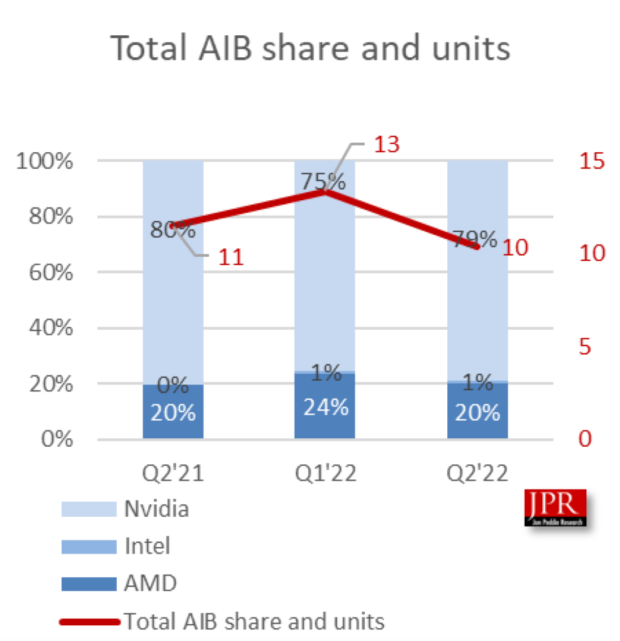 We also see that Intel has eaten that 1% left of the discrete GPU market share in the last couple of quarters, whereas Intel now has (probably less than) 1% of the GPU market share according to JPR data. This is the same as last quarter, but up from 0% (because Intel didn't have discrete GPUs then) back in Q2 2021.