Russian officials are trying to get homeless people to fight in Ukraine, according to a US official who also said that Russia is planning on enlisting convicted criminals. 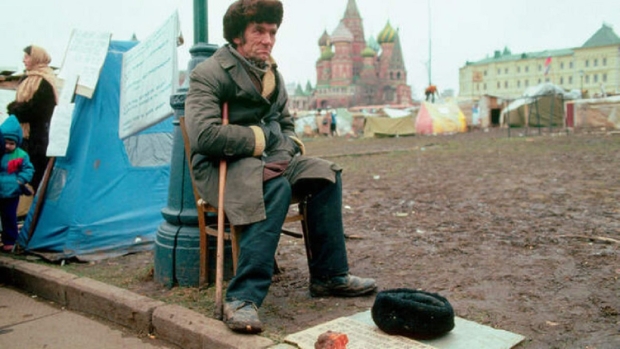 The unnamed US official spoke to Reuters, and said that there is considerable evidence to suggest that Russia has serious manpower shortages. The official said that the Russian military have been recruiting soldiers from homeless shelters across the country. Furthermore, the official said that Russia's defense ministry is pushing to make up the personnel shortages by compelling wounded soldiers to re-enter combat, recruiting personnel from private security companies, and paying soldiers bonuses.

It was only last Thursday that Russian President Vladimir Putin signed a decree that increased the total number of Russia's armed forces from 1.9 million to 2.04 million. Newsweek reports that in Russian military officials left leaflets at a homeless shelter when they visited on August 17. The homelessness charity Nochlezhka spoke to Newsweek and said that the officers that were speaking to people staying at the shelter were informed by a duty officer that they weren't allowed to recruit individuals from the shelter.

"Nochlezhka is not ready to be an intermediary in this campaign; therefore, we informed them they could not distribute their materials. Afterwards, they left our shelter," a Nochlezhka spokesperson said.

"The Russian military is suffering from severe manpower shortages in Ukraine. Separately, we have credible reporting that Russia's Defense Ministry is also likely to begin recruiting convicted criminals in Ukraine in exchange for pardons and financial compensation," the unnamed US official said.