The launch of NASA's most powerful rocket was recently postponed after a malfunction occurred that was unable to be remedied in time.

NASA has taken to its social channels and blog to provide an update on the condition of the Space Launch System (SLS) rocket and the target date for the second launch attempt. Writing on the NASA Artemis Twitter account, the space agency explains that a team has reviewed the data from the first launch attempt and decided to lock in the second attempt for September 3. The launch window is set for two hours and will begin at 2:17 pm EDT (18:17 UTC).

In a blog update, NASA explains that teams fixed a leak on the tail service mast umbilical. Engineers replaced a flex-hose, and a loose pressure sensor line, which they concluded was the most likely source of the leak. Additionally, NASA states that after reviewing the first launch, teams have decided they will alter their scheduling to allow for the engines to cool down to appropriate temperatures for launch, which was part of the reason why the first launch had to be postponed.

In the above video posted to the official NASA YouTube channel, the space agency explains that the launch of the SLS rocket will mark the first major beginning of NASA's Artemis program. The SLS rocket will carry NASA's Orion capsule on a journey around the Moon to collect valuable data that will be used in future Artemis missions. Over the course of about 31 days, the Orion spacecraft will be thousands of miles beyond the Moon and further than any spacecraft built for humans has ever flown.

Furthermore, NASA explains that the Artemis 1 mission will be a demonstration of the space agency's commitment to deep space exploration and getting humans back to the Moon, with the eventual goal of reaching Mars.

In other NASA news, the space agency's James Webb Space Telescope (JWST) has recently snapped its first direct photograph of an exoplanet, marking the beginning of what will no doubt be very successful observations of distant worlds that will inform researchers on the evolutionary timeline of different planets across the galaxy. 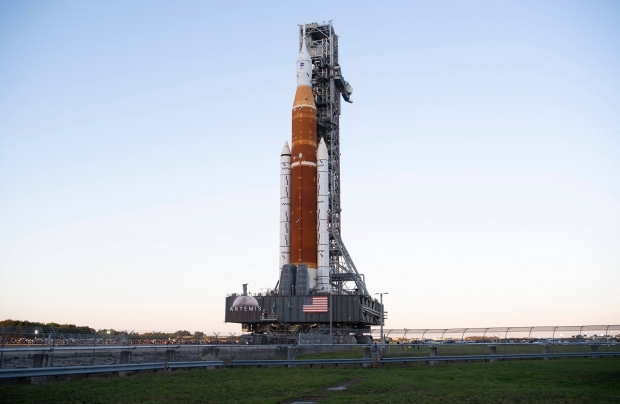