Intel is talking up the ray tracing performance of its Arc GPU hardware, where the company has flown Ryan Shrout and Tom Peterson out to Berlin, Germany for IFA 2022 and revealed new details on the RTU (Ray Tracing Unit) and its performance. 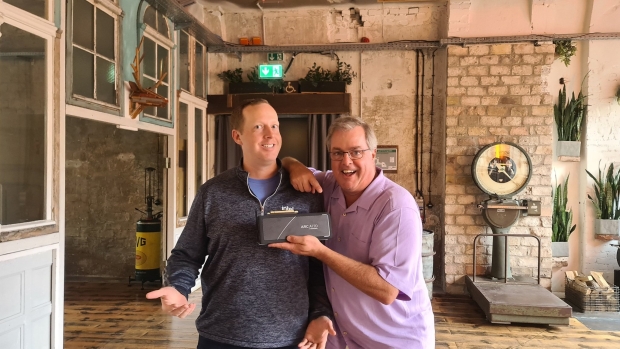 Intel's Ryan Shrout and Tom Peterson spoke with PCGamer's Senior Hardware Editor, Jacob Ridley, where they talked about a fair amount but when it came to ray tracing we've got some confident new comments from the company. The Ray Tracing Unit (RTU) on Arc GPUs is capable of delivering "real" ray tracing performance notes Tom Peterson, with the Arc A770 and Arc A750 battling the RTX 3060 and keeping up or beating it.

Peterson continued: "We tried to make ours generic because we know that we're not the established GPU vendor, right. So all of our technology pretty much has to work with low dev rel (developer relations) or dev tech engagement. And so things like our cache structure and our hierarchy, you know, our thread sorting unit, which are the two techs that we're going to talk about in this video, they work without any dev rel or dev tech work".

"I'm kind of torn on this one. Because to your point, there's some things that you would normally expect to lag. And the reason you would expect them to lag is because they're hard, and they need to come after you have a solid base. But for better or worse, we just said we need all these things. And so we did XeSS, we did RT, we did AV1, we kind of have a lot on the plate, right? I think we've learned that maybe, you know, in this case, we have a lot on the plate and we're gonna land all the planes, and that's taken us longer than we would have expected".

"So maybe next time we would have broken this up a little bit differently".