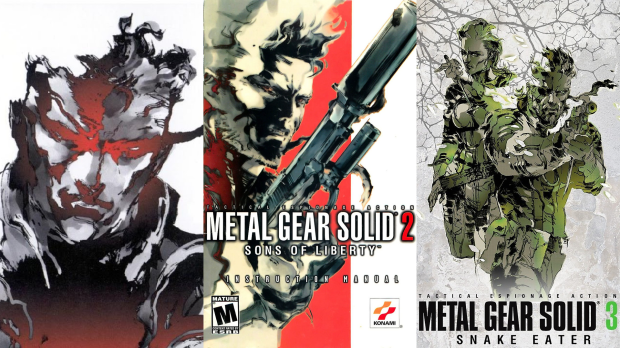 Konami is re-connecting with fans in a big way. The publisher plans to revive dormant franchises like Castlevania, Silent Hill, and Metal Gear with new releases and remasters. Konami doesn't have the might of Kojima's old dev team to make a brand new big-budget Metal Gear so they're doing the next best thing: Re-releasing the old games with upgraded features.

Reports from Video Games Chronicle indicate that Konami is currently working with third-party developers like Virtuous on remastering the first three Metal Gear Solid games. The games, which have been re-released with HD upgrades in the past, will be all new remasters with performance and visual upgrades befit of modern hardware.

The report isn't necessarily new (the first rumblings were made in October 2021) but it has gained more traction as new insiders and sources have chimed in.

Dusk Golem, who is known for unearthing Resident Evil info, supported VGC's report and chimed in with a bit more info:

"The plan is to release the three remasters separately, but also together as a collection (where also get the MSX versions of Metal Gear 1+2 if buy together)."

Konami has made no official announcement, but the publisher does tease a big reveal at Tokyo Game Show 2022. However, sources say this announcement may not be related to Konami's Big Three: Castlevania, Silent Hill, or Metal Gear.