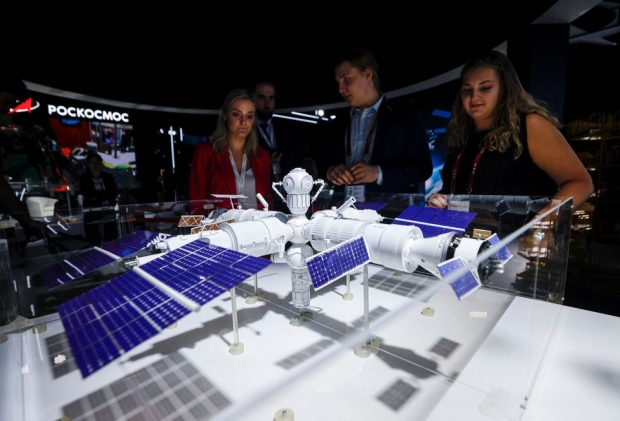 One such design at the expo was a physical model of Russia's planned space station, the Russian Orbital Service Station (ROSS). Russia's space agency, Roscosmos, has been vocal about potentially severing ties with the International Space Station (ISS), which it jointly operates, since late February 2022 after other nations imposed sanctions on the agency and Russia itself following the nation's invasion of Ukraine.

Those threats were issued by the previous head of Roscosmos, Dmitry Rogozin. However, Rogozin has since been replaced by Yuri Borisov after Borisov was appointed to the position by President Vladimir Putin. Recently, Borisov announced that Russia would leave the ISS after 2024 while working on its own space station in the meantime. NASA says it has yet to receive official confirmation from Roscosmos as to whether it will continue with the ISS until 2028, as was previously understood.

The new ROSS space station will launch in two phases, according to a Roscosmos statement. A four-module space station would be launched and begin operating as part of the first phase, with two additional modules and a service platform to join the rest of the station for a second phase. The first phase is expected to launch between 2025 and 2026 and no later than 2030, while the second phase is expected to be complete by 2030 to 2035.

Read more: Russia plans to assemble its own space station, coming in 2028

The Wonderful: Stories from the Space Station