ASUS has teased a few more members of its X670E motherboards with the introduction of the ROG Crosshair X670E Hero, the ROG Strix X670E-E Gaming Wi-Fi, and the TUF Gaming X670E-Plus Wi-Fi motherboards. 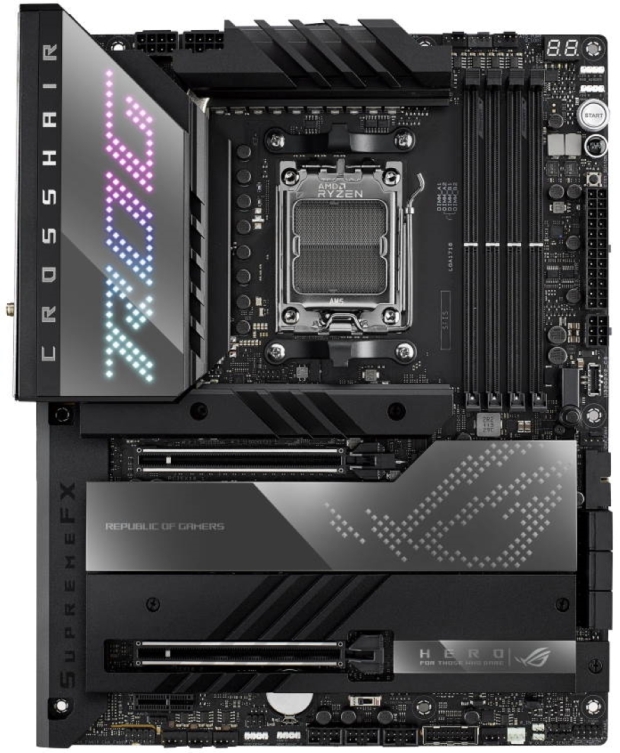 ASUS says that its new ROG Crosshair X670E Hero motherboard bridges the gap between professional PC builders, and everyday gamers with the new ROG Crosshair X670E Hero motherboard "allowing everyone to construct a high-performance showcase PC". There's Polymo lighting throughout the integrated I/O shield which looks slick, with an 18+2 teamed power stages for 110A, you're ready to deliver that power into your next-gen AMD Ryzen 7000 series "Zen 4" CPU.

A single PCIe 5.0 SSD is capable of 10GB to 12GB/sec+ in current form from the companies that are testing them, including Samsung, Corsair, as well as AMD, and Phison working together on the Ryzen 7000 series and PCIe 5.0 SSD controllers pushing 10GB/sec+. 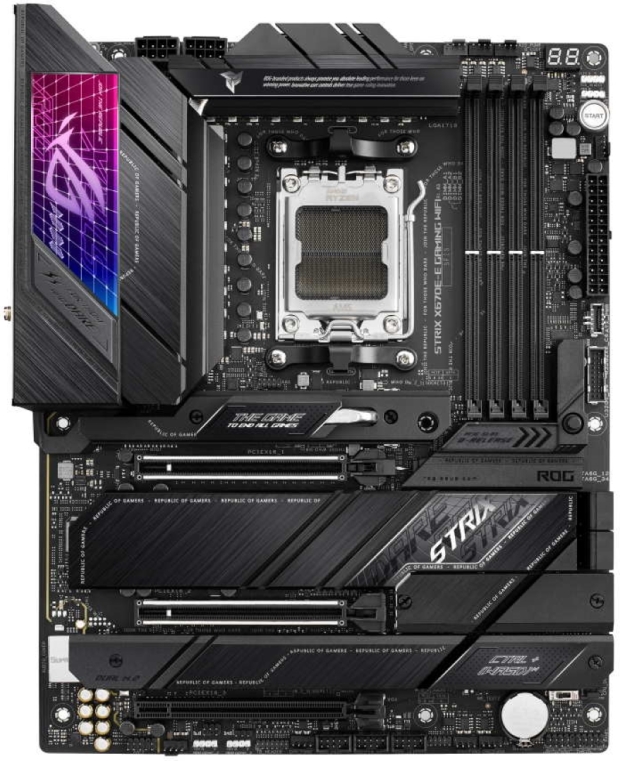 Next up we have the ASUS ROG Strix X670E-E Gaming Wi-Fi, which ASUS says was designed to provide the best of what X670E has to offer, and that ROG Strix boards take the basic DNA and offer it in more attainable packages that "balance exceptional gaming performance with striking style".

ASUS illuminates the board with the acrylic display on the integrated I/O shield that looks awesome, and makes it more of a "plain-but-still-ROG-Strix" motherboard. ASUS provides 18+2 teamed power stages rated for 110A of power ready for your AMD Zen 4-based CPU. 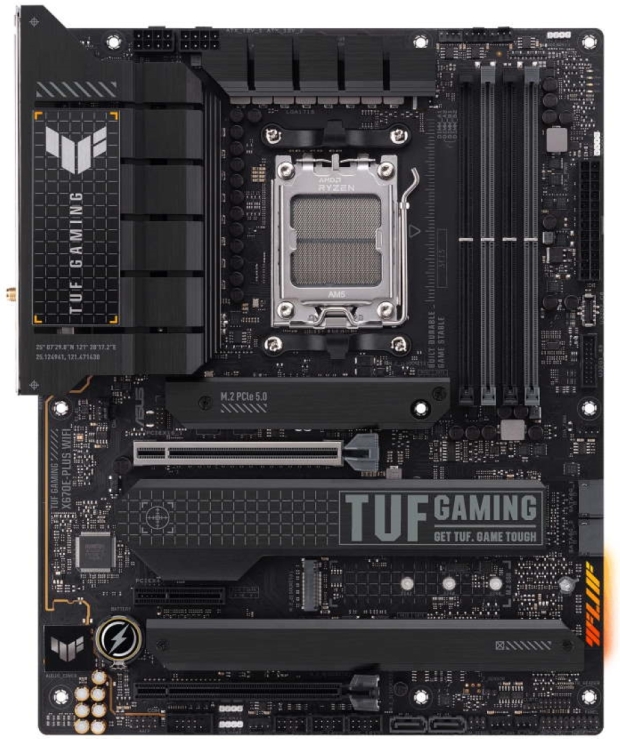 ASUS also announced the new TUF Gaming X670E-Plus WiFI motherboard that ASUS says has a "no-frills aesthetic starts with simple, clean lines and unobtrusive gray hues that make it easy for you to coordinate the look of your build. Badges on the integrated I/O shield and across the board provide understated accents".