A study on the newly discovered crater titled "The Nadir Crater offshore West Africa: A candidate Cretaceous-Paleogene impact structure" has been published in the journal Science Advances. 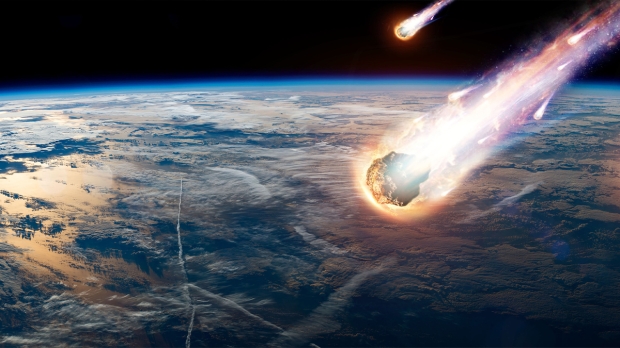 Researchers from the University of Arizona have discovered an impact crater at the bottom of the North Atlantic Ocean, which indicates additional asteroids may have struck the Earth during the extinction event that marked the end of the dinosaurs. Named the Nadir Crater, it is thought to have been created by an asteroid striking Earth around the same time as when the Chicxulub asteroid impacted Earth off the coast of what is now Yucatan, Mexico, causing the Cretaceous-Paleogene extinction event.

The Nadir Crater was found buried beneath up to 1,300 feet (396 meters) of seabed roughly 250 miles (402 kilometers) off the coast of Guinea, West Africa, and spans over 5 miles (8 kilometers) in diameter. The crater was found using scientific instruments that can see deep into Earth, and if confirmed, the crater will be added to the list of fewer than 20 confirmed impact craters in the ocean on Earth.

"This would have generated a tsunami over 3,000 feet high, as well as an earthquake of more than magnitude 6.5. Although it is a lot smaller than the global cataclysm of the Chicxulub impact, Nadir will have contributed significantly to the local devastation. And if we have found one 'sibling' to Chicxulub, it opens the question: Are there others?" said Veronica Bray, a research scientist in the University of Arizona Lunar and Planetary Laboratory.

The Last Days of the Dinosaurs