DOOM has been modded onto so many things at this point that I want to see how far things can be pushed, but now id Software's game-changing first-person shooter has made it onto a John Deere tractor, for real.

The current DEF CON hacking conference in Las Vegas, with a video posted by Sick Codes on Twitter that saw New Zealand modder "Skelegant" getting DeHacked DOOM running on a John Deere tractor display. Specifically, the John Deere 4240 tractor, with DOOM modified so that you're playing in a cornfield mowing down your enemies in the tractor... so, so cool.

Sick Codes is an Australian who lives in Asia, and isn't just getting DOOM running on a John Deere tractor, he's created a new jailbreak that provides him access to the tractor's internal systems. What does this mean exactly? Well, it allows farmers that own John Deere tractors to perform repairs on their expensive machinery, as John Deere itself has software that actually blocks people from repairing the tractors themselves. Pretty sick.

Sick Codes presented at DefCon 2021 about tractor application programming interfaces and operating system bugs, where he made his research public: tractor companies like John Deere started fixing some of the issues and holes that he discovered. Sick Codes explained to Wired: "The right-to-repair side was a little bit opposed to what I was trying to do. I heard from some farmers; one guy emailed me and was like 'You're fucking up all of our stuff!' So I figured I would put my money where my mouth is and actually prove to farmers that they can root the devices". 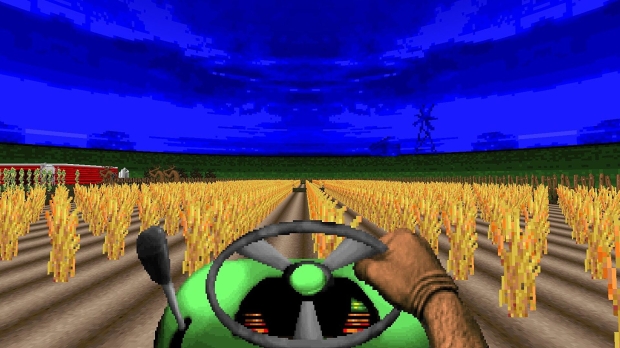 Sick Codes told Wired: "Liberate the tractors! We want farmers to be able to repair their stuff for when things go wrong and now that means being able to repair or make decisions about the software in their tractors".

As for his work on jailbreaking John Deere's tractor system, Sick Codes continued: "I launched the attack, and two minutes later a terminal pops up. I had root access, which is rare in Deere land". The hacker was somehow able to get his hands-on "1.5GB worth of logs" that would help dealers identify, and diagnose problems with John Deere tractors.

Sick Codes added that getting root access was gained by soldering controllers directly to the tractor's circuit board, explaining: "it would be possible to develop a tool based on the vulnerabilities to more easily execute the jailbreak".