The Grand Theft Auto franchise has made nearly $8 billion since GTA V launched in 2013. 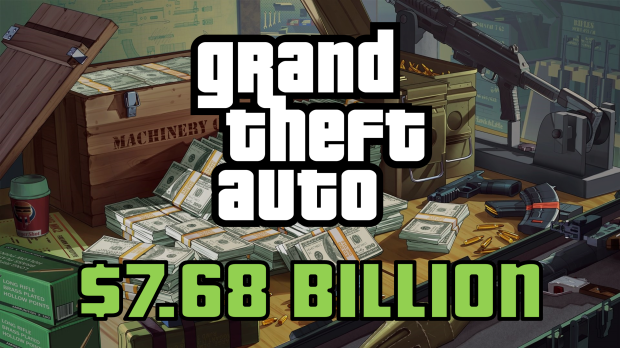 Take-Two Interactive's new Q1 FY23 report delivers an update on total GTA earnings. According to the data provided by the publisher and compiled by us, Grand Theft Auto has earned $7.68 billion in revenues since GTA V's original release in late 2013.

The report shows that GTA earnings hit $202 million during the quarter and dropped to pre-pandemic levels. The games industry is largely correcting itself after abnormal earnings spikes during COVID-19 lockdowns. 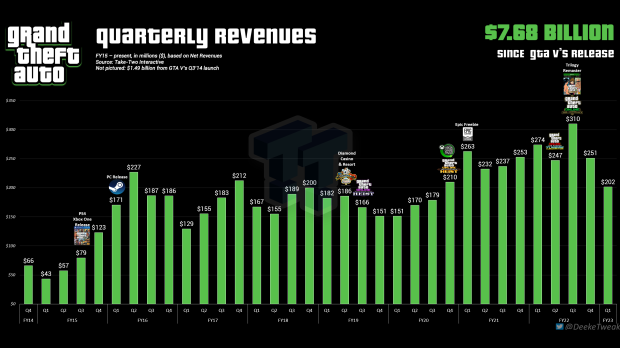 Although the earnings are pretty impressive, actual GTA earnings are much higher. These figures represent net revenues and don't take into account the significant hundreds of millions of dollars that Take-Two defers every quarter.

The company reports two types of earnings every 3 months.. There's net bookings, which is game sales + revenues from online modes like GTA Online. Take-Two (and other publishers like EA, Ubisoft, and Activision-Blizzard) cut out a portion of these earnings, set the revenues aside, and then add them back over a set period. This is known as deferred revenue.

Net revenues are earnings minus deferrals. The figures provided here are based on net revenues and don't reflect all of themoney that is made from online modes.

In short, these figures don't include the GTA Online's full revenues and it's impossible to fully know GTA's true value and earnings. That being said, Take-Two did recently confirm GTA V has nearly sold 170 million copies worldwide.