James Howells claims he was one of the first five people running the Bitcoin algorithms, and since 2013 he has been searching for a hard drive that he mined 7,500 Bitcoin on for next to nothing.

The British computer engineer recently sat down for an interview with James Hammond, where he recounted his journey of recovering a computer hard drive worth more than $150 million at the current price of Bitcoin (approximately $23,000). Howell accidentally threw out the hard drive and has been searching for it ever since, with many requests made to the local Newport government to dig through its landfill site. All of his requests so far have been denied, but a new one may be considered with the inclusion of artificial intelligence.

Howell's plan includes human sorters, Boston Dynamics "Spot Dogs", automated sorting systems paired with a special conveyor belt, and an artificial intelligence system that is believed to significantly speed up the identification process. This method would take anywhere between nine to twelve months to complete and would cost an estimated $11 million. Howell also believes a scaled-down model of the same design could be created for $6 million, but would take up to 18 months to complete. 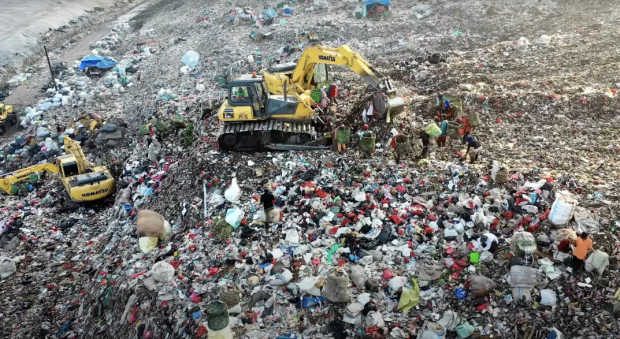 Furthermore, the British computer engineer has also sought partnerships with OnTrack, a data recovery company known for recovering 99% of the data from a black box that was inside the Columbia space shuttle that crashed into Earth. Notably, the project also has also secured funding for a high-level trash sorting team.

If the drive is successfully recovered, Howell will give everyone in the town of Newport a one-time $61 worth of cryptocurrency, and will create multiple different projects to convert Newport into a cryptocurrency-mecha. Howell proposed the creation of a Cryptocurrency Incubator Fund that would provide funding for any school leaves that want to start a business can apply. For more information, check out the above video.