Over the weekend, hundreds of people reported seeing a fireball light up the night sky over Texas, with some individuals seeing the event from surrounding states.

Furthermore, the AMS states that initial computer-generated trajectory indicates that it entered Earth's atmosphere over Cistern, Texas, and its flight ended a few miles west of Austin. Additionally, the AMS writes that many of the witnesses of the event reported hearing a sonic boom just after the fireball appeared in the sky, leading officials to say that it's possible that pieces of the meteor broke off and impacted the surface of Earth somewhere along its travel path.

It should be noted that events such as these are quite common, but aren't seen by humans as they occur over oceans. As for why the meteoroid lights up the night sky for a brief moment of time, The Conversation explains it perfectly. The level of brightness is determined by two factors - the size of the object and the speed that its traveling. When a space rock enters Earth's atmosphere, it suffers from a large amount of friction that causes the outside of the meteoroid to burn up. This friction caused by Earth's dense atmosphere is increased as the space rock travels closer to the surface of Earth.

"The kinetic energy an object carries is proportional to its mass multiplied by its velocity squared, meaning that minuscule grains moving really fast carry vast amounts of energy. That energy is converted to light, which is what we see when a meteor flashes in the night sky," per The Conversation. 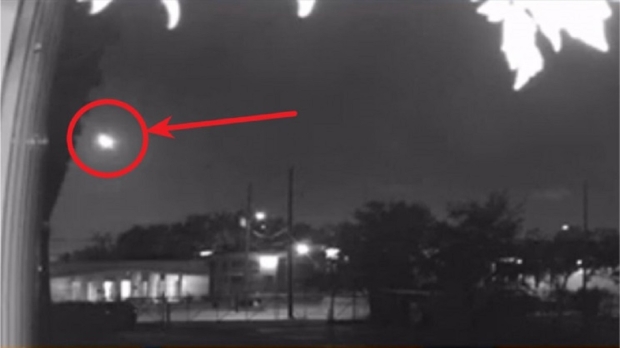