Samsung has just revealed its new, second-gen SmartSSD which is powered by an AMD Xilinx Versal FPGA that the company says will promise a 50% reduction in computational times. 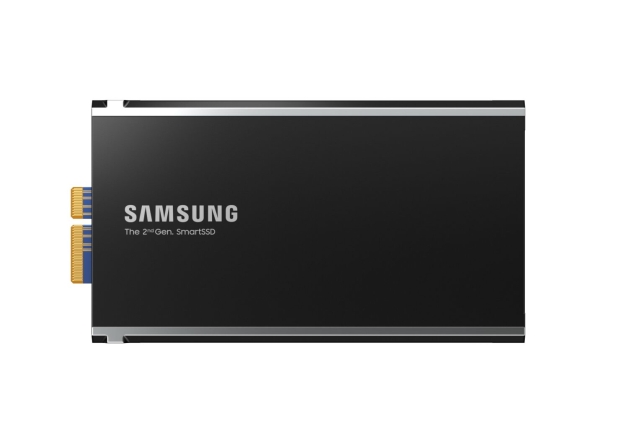 Not only that, but the second-gen Samsung SmartSSD will have 70% lower power consumption, and a reduction in CPU utilization that could be 97% lower when compared to a regular SSD for frequently-accessed data. The big deal here is the new AMD-Xilinx deal that took place in February 2022, making a big splash into processing data on the SSD, instead of transferring information between multiple drives.

The new computational SSD has the bandwidth to make streams faster, lowers data latency since there are fewer (and unnecessary) packages travelling between the storage drive, and the processor. This means that the processor is free for other tasks, that are more important for your PC. The onboard Arm cores use small amounts of power, and offer low operating temperatures which are a great combo for use in a supercomputer or HPC system.

Jin-Hyeok Choi, Executive Vice President and Head of Memory Solution Product & Development at Samsung Electronics said in a press release: "Commercialization of the first-generation SmartSSD, in collaboration with AMD, established that the computational storage market has great potential".

"With the upgraded processing functionality of the second-generation SmartSSD, Samsung will be able to easily address increasing customer needs in the database and video transcoding sectors, as we expand the boundaries of the next-generation storage market".