Elon Musk is once again tweeting about the world not being overpopulated, with the SpaceX and Tesla CEO tweeting: "Earth is basically empty of humans".

Pranay Pathole replied, tweeting: "And people say overpopulation is the problem. Sigh. Earth could basically maintain 2 to 3 times the current population. Earth has enough resources. This mindset that people have regarding overpopulation needs to shift & people need to be made aware about the population collapse".

The SpaceX and Tesla CEO replied with an even more simple tweet in reply to Pathole: "Yes". 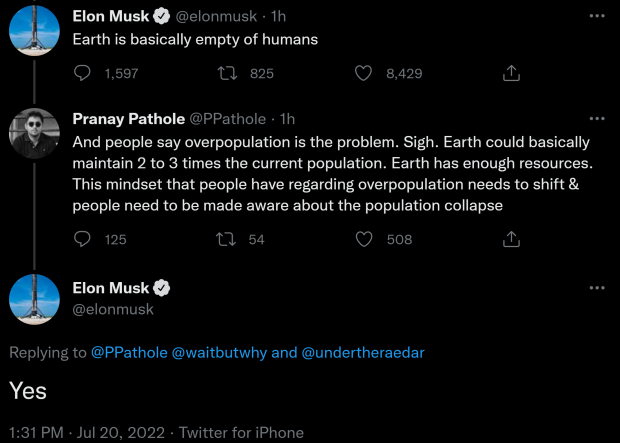