Elon Musk is no stranger to making headline-creating comments, this time he has tweeted about his worries of population collapse being the greatest risk to the future of the human civilization. At the end of the article, I've got a great video that compiles the many times Musk has talked about population collapse.

The Wall Street Journal penned a piece titled "US Population Growth, an Economic Drive, Grinds to a Halt" -- Musk shared the article and then added: "Population collapse is potentially the greatest risk to the future of civilization". Well, I guess we're all doomed -- especially if you've watched the TV show "Utopia".

Things begin to make sense when you consider Musk wants off this planet ASAP, and wants to colonize Mars. This isn't the first time that the SpaceX and Tesla founder has talked about his concerns over population collapse, where two weeks ago on July 15, he tweeted: "I'm trying to set a good example! Population collapse is a much bigger problem than people realize and that's just for Earth".

Musk added: "Mars has a great need for people, seeing as population is currently zero. Humans are the custodians of other life on Earth. Let us bring life to Mars!"

Hell, here's a video where Musk has said multiple times over the years that a population collapse will happen. 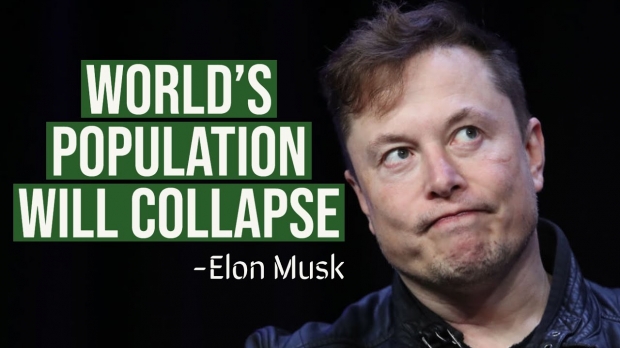