Sony has told shareholders and investors that its multi-billion Bungie acquisition deal has been approved earlier than expected, and will be recorded as an expense in FY22. 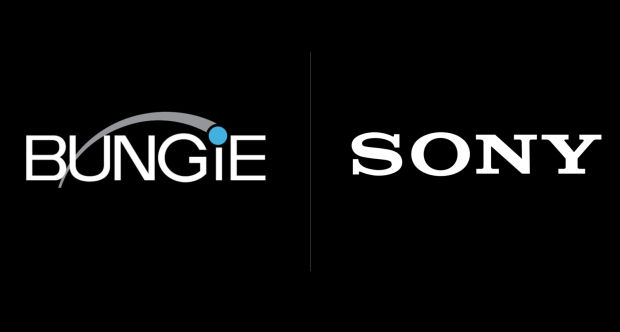 Today Sony officially confirmed that its Bungie buyout deal has closed. Bungie is now part of PlayStation's first-party studios and will bring its live service expertise to help lead Sony into a new era of online live games.

Sony also filed a new 6-K SEC filing to alert investors of the acquisition. In the document, Sony says the deal closed for $3.7 billion and that the acquisition was approved quicker than expected. The deal was originally planned to close by December 2022, during Sony's Q3 period, but has instead been approved during Q2. Sony won't pay $3.7 billion for Bungie all at once, and the payments will be deferred over multiple years across different terms (for example, Sony is offering a $1.2 billion employee retention incentive).

"However, primarily due to the transaction being completed earlier than the assumed timing of the completion used as the basis in this estimate, the amount of expenses associated with acquisitions to be recorded in FY22 is expected to increase," Sony said in the filing.

"Sony continues to assess the impact of the completion of this transaction and other factors on its consolidated financial results forecast for YF22, and plans to announce its updated forecast including the updated estimate of expenses associated with acquisitions on July 29, 202, at the earnings announcement for the first quarter of FY22." 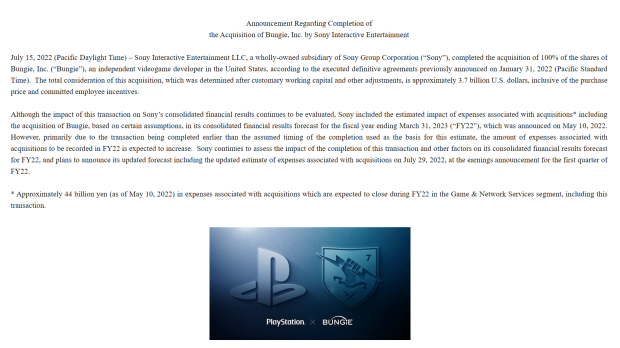