The European Space Agency (ESA) has decided to sever its cooperation with Russia for an upcoming Mars mission. 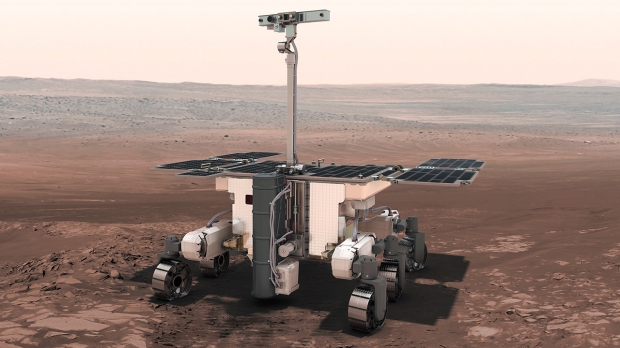 The ESA had suspended its work with Russia on the ExoMars mission following Russia's invasion of Ukraine in late February 2022. Now, it has officially terminated all cooperation on the mission with the nation, which was originally going to use its rockets to deliver Europe's Rosalind Franklin rover to Mars as part of the mission. The ESA is now looking to partner with NASA to get its rover to Mars.

This decision led to the head of the Russian space agency Roscosmos, Dmitry Rogozin, responding to ESA Director-General Josef Aschbacher's decision by posting on Telegram, saying, "has the head of the European Space Agency thought about the work of thousands of scientists and engineers in Europe and Russia which has been ended by this decision? Is he prepared to answer for sabotaging a joint Mars mission?"

Rogozin added that he will now the Russian cosmonauts "on the ISS to stop working with the European manipulator ERA," referring to the recently installed European Robotic Arm (ERA) aboard the International Space Station (ISS). It is one of three robotic arms on the space station, though it is the only one capable of reaching the Russian segment.