Samsung has just announced the industry's first GDDR6 memory at 24Gbps, ushering in a new era of crazy high memory bandwidth but not the higher-end, and more power-hungry GDDR6X memory standard. 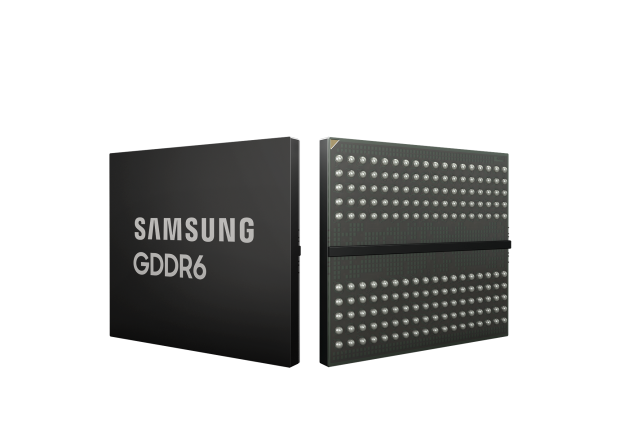 The new Samsung GDDR6 DRAM at 24Gbps is being built on Samsung's new 10nm EUV technology, with the company saying that the new memory is "designed to significantly advance the graphics performance for next-generation graphics cards (Video Graphics Arrays), laptops and game consoles, as well as artificial intelligence-based applications and high-performance computing (HPC) systems".

Samsung's new 24Gbps GDDR6 is 30% faster than the previous 18Gbps GDDR6 standard, where at full speed the new 24Gbps of GDDR6 will see memory bandwidth hitting 1.1TB/sec (1100GB/sec). At this speed, Samsung points out that it's fast enough to transfer around 275 x 1080p movies in a single second. 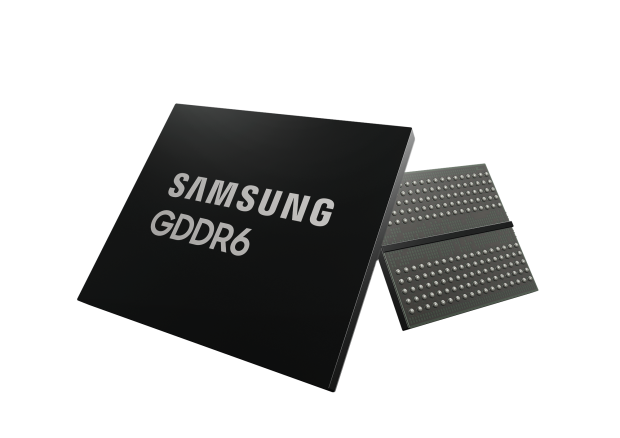 Samsung will be making 20Gbps and 16Gbps GDDR6 versions of this memory, with around 20% higher power efficiency at 1.1V, compared to the GDDR6 industry standard of a much higher 1.35V.

Graphics memory (GDDR in all its flavors, especially high-speed GDDR6 and GDDR6X memory) are some of the most sought-after chips in the industry, with Samsung pointing out "Graphics DRAM is increasingly being sought for use beyond PCs, laptops and game consoles, extending into other graphics-intensive applications like HPC, autonomous driving and electric cars. Addressing these emerging markets, Samsung's GDDR6 will enable seamless 4K and 8K video playback, while supporting demanding AI accelerator workloads".

Daniel Lee, executive vice president of the Memory Product Planning Team at Samsung Electronics said: "The explosion of data now being driven by AI and the metaverse is pushing the need for greater graphics capabilities that can process massive data sets simultaneously, at extremely high speeds. With our industry-first 24Gbps GDDR6 now sampling, we look forward to validating the graphics DRAM on next-generation GPU platforms to bring it to market in time to meet an onslaught of new demand".