NASA launched the James Webb Space Telescope from Earth on December 25 and since then it has travelled to its destination approximately 1 million miles from Earth, and prepared all its next-generation instruments for scientific operations. It has been many months of Webb calibrating, but now NASA has released the first set of images ever captured by Webb and they are nothing short of amazing.

The first image, seen below, is the deepest and sharpest image of the universe ever taken. According to NASA the image is of the galaxy cluster SMACS 0723 and it contains thousands of galaxies as well as the faintest objects ever observed in infrared light. Following the release of the first image, and the now first set of images, SpaceX CEO Elon Musk took to his personal Twitter account to show his support for NASA's most powerful telescope.

Musk wrote that he is excited for the potential of Webb, and if I was to guess the aspect of the space telescope that Musk is most excited for - I would say Webb's ability to explore exoplanet atmospheres in unprecedented detail. Specifically speaking Webb's NIRISS instrument allows researchers to analyze the atmosphere of an exoplanet and determine if the exoplanet is capable of holding water. Furthermore, Webb's exoplanet-hunting instrument can also analyze the atmosphere of an exoplanet and measure its chemical make-up.

In other news about Elon Musk, the SpaceX CEO responded to a video of Booster 7 recently bursting into flames. The world's richest individual posted a tweet and then quickly removed it after a brief assessment on the damage was done. Additionally, Twitter is suing Musk for backing out the $44 billion acquisition deal. 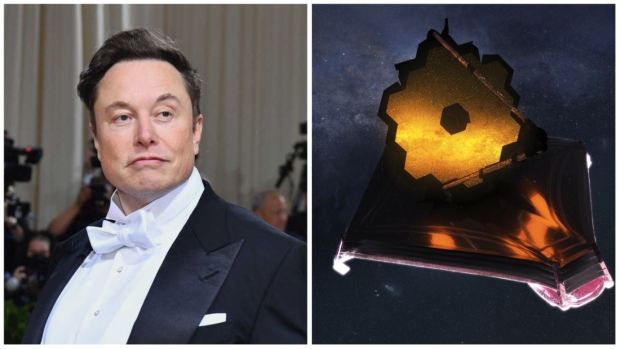