Intel announced its new NUC X15 "Alder County" reference laptops back in January 2022, earlier this year at CES (the Consumer Electronics Show) and now, now we have official specs on the NUC 15 "Alder County" systems. 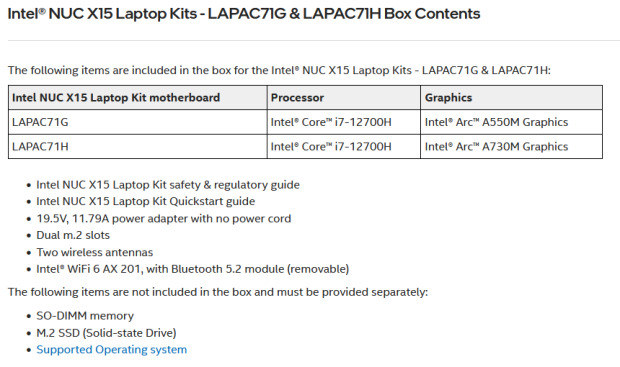 We knew a little about what would be ticking along inside of Intel's new NUC X15 "Alder County" reference laptops at CES 2022, but now those details are a bit more clear: the new Intel NUC X15 (C71H and C71G) systems will feature an Intel COre i7-12700H processor, joined by Intel's new Arc ACM-G10 GPU.

We still don't know when to expect Intel's new NUC X15 reference design laptops from partners including ASUS, Clevo, Dell, GIGABYTE, HP, Intel themselves, Lenovo, Samsung, MSI, and NEC in the coming months. But first... Intel needs to get its Arc GPUs into the wild, and not just exclusive in China.