Researchers from the Hefei Comprehensive National Science Center in the Chinese province of Anhui are behind the new artificial intelligence (AI) device. 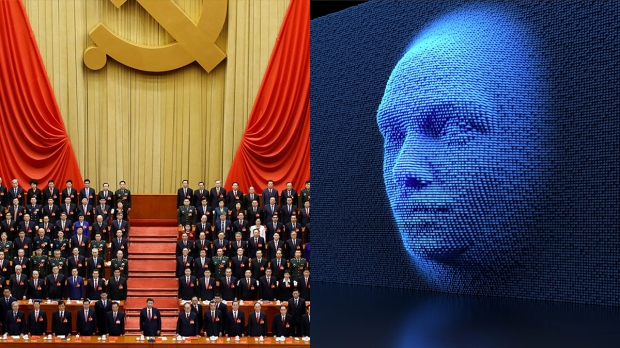 The researchers shared a short video on the institution's Weibo account on June 30th, 2022, demonstrating what they called "artificial intelligence empowering party-building." The video has since been deleted; however, the Internet Archive was able to store a text summary of the video. The video was removed due to the controversial, political nature of the creation and backlash invoking references to George Orwell's 1984.

According to Anhui-based sociologist Song Da'an, the AI was trained using a combination of polygraphs and facial scans, so it could correlate lies detected by a polygraph with various facial expressions. The result is "emotionally intelligent computing," that measures how much people "feel grateful to the CCP [Chinese Communist Party[, do as it tells them and follow its lead."

"This equipment is a kind of smart ideology, using AI technology to extract and integrate facial expressions, EEG readings and skin conductivity ... making it possible to ascertain the levels of concentration, recognition and mastery of ideological and political education so as to better understand its effectiveness. It can provide real data for organizers of ideological and political education, so they can keep improving their methods of education and enrich content," the original video's description read.

"Hefei Comprehensive National Science Center has been using biotechnology to measure the loyalty of party members and cadres. This shows that the CCP is becoming more and more totalitarian ...They are using this technology to treat all party members as potential anti-CCP agents. The use of these technology on officials demonstrates the sorry state of affairs within party ranks," said Da'an.

Read more about this story in this article from Radio Free Asia (RFA).