A study on birds and wildfires titled "Wildland fires ignited by avian electrocutions" has been published in the journal Wildlife Society Bulletin. 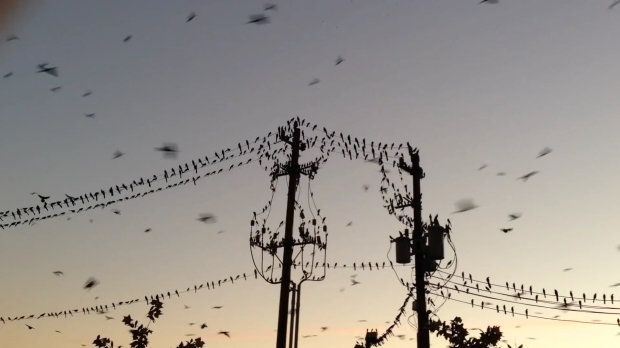 Humans, lightning, and even the Sun on particularly hot days are common causes of wildfires. However, birds that enjoy perching on power lines can sometimes bridge two wires or form a connection to the ground, resulting in a potentially fiery death from electrocution.

Researchers from EDM International, a Colorado-based engineering consultancy firm, documented fires occurring between 2014 and 2018 using Google Alerts, narrowing down the results by filtering out reports that didn't have evidence of a bird being the cause. Ultimately, they identified 44 individual wildfires sparked by birds in regions prone to them due to droughts and other environmental factors.

Most of the fires burned about 1.2 hectares, equivalent to roughly two U.S. football fields. However, the potential for larger-scale devastation is still present, as evidenced by a 2014 wildfire in Chile that destroyed 2500 homes and killed 13 people, which was believed to be started by birds. A 2015 wildfire in Idaho that burned over 4,000 hectares, almost 12 times the area of New York City's central park, was also started by birds. 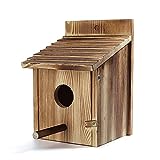 Wood Bird Houses for Outside with Pole Wooden Bird House