BioWare has recruited the talented narrative director behind Deus Ex Human Revolution and Mankind Divided as well as Guardians of the Galaxy. 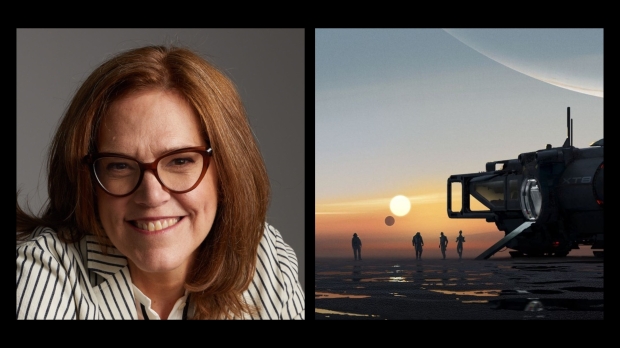 "I'm happy to share that I'm starting a new position as Senior Narrative Director at EA/BioWare!" DeMarle said on LinkedIn.

While it's not officially confirmed, it's highly likely that DeMarle will lead Mass Effect 5's campaign storyline which continues the events set forth in the original trilogy.

BioWare has said that the new Mass Effect game is in very early development phases and won't be ready for a few years.

"There's also the next game in the Mass Effect universe, which is now early in development. It's going to be a while before we can talk about it in more detail, but we can't wait to show you what we're working on!" BioWare general manager Gary McKay said in an update from April 2022.

Alongside Eidos Montreal, DeMerle has helped craft some of the most engaging storylines in gaming. The new modern Deus Ex games had some profound story elements and side quests (Mankind Divided is among my favorite games that Square Enix has made outside of Final Fantasy titles). DeMerle was also praised highly for her work on Marvel's most recent Guardians of the Galaxy game.

It's also worth mentioning that Eidos Montreal has been purchased from Square Enix by the Embracer Group in a landmark $300 million deal, which also includes the rights to franchises like Deus Ex, Tomb Raider, Legacy of Kain, and Thief.

Mary DeMarle is an award-winning Narrative Director/Writer in the Games Industry with a solid record of accomplishments in creating such best-selling games as MARVEL'S GUARDIANS OF THE GALAXY, DEUS EX: HUMAN REVOLUTION, MYST:IV REVELATION, MYST III: EXILE and HOMEWORLD 2.

Uniquely qualified with proven technical and creative skills, she is a multifaceted and flexible writer who works successfully in a variety of genres. As a Narrative Director, she effectively collaborates with game and level designers, programmers, artists, sound engineers, voice actors, and composers to design and produce innovative, compelling, and immersive story-driven games.

Mary also possesses a background in the Motion Picture industry working with Hollywood scriptwriters, and in publicity and marketing as a freelance writer.