Old-school RPG Swordquest will finally be complete: Airworld has appeared out of thin air. 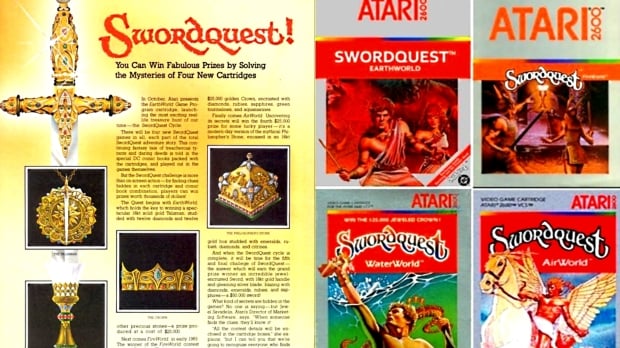 Back in the 80s, Atari released the Swordquest series of games The plan was to release four games after each element: Earthworld, Fireworld, Waterworld, and Airworld. The games were a kind of interactive scavenger hunt where players would collect clues to win a contest with serious prizes: There was a chalice, a talisman, a crown, and a philosopher's stone--all of which were encrusted with gems and precious metals. Winners would also come back for one final competition with the ultimate reward: a silver sword full of gems.

Airworld was never made, though. The video game crash during the 1980s pretty much wrecked Atari's financial books. Now as part of Atari's 50th anniversary, Airworld is coming back. The infamous Swordquest game will be released in Atari's new 50th Anniversary Collection, which packs in 80+ classic games including Airworld.

We didn't get a whole lot of info on Airworld, but Atari did drop a sneap peek at it in their reveal trailer: 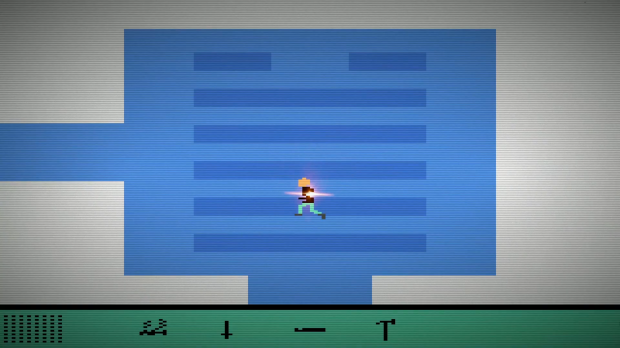 "Airworld - yes, the team at Digital Eclipse created the fourth chapter of the never finished Swordquest series: Airworld," reads a press release sent out by Atari.

The Angry Video Game Nerd has an excellent history lesson on the Swordquest games (see below).

"Finish the final game. You can't have earth, fire, and water without air. The balance of the cosmos must be restored!"