NASA and the U.S. Department of Energy (DoE) are collaborating to bring nuclear power generation to space, particularly the Moon. 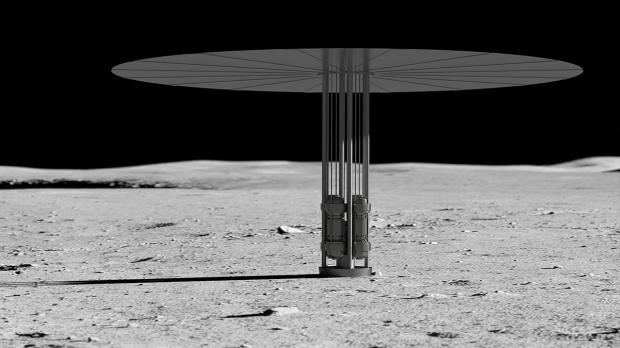 The two agencies have awarded contracts to three companies, each valued at roughly five million dollars. The money is to be put toward design concepts for a "40-kilowatt class fission power system planned to last at least 10 years in the lunar environment." The selected companies are Lockheed Martin, Westinghouse, and a joint venture between Intuitive Machines and X-Energy called IX, and their work will benefit NASA's future Artemis missions.

The nuclear fission systems could be ready to launch and land on the Moon by the decade's end to demonstrate their viability. A fission system would be smaller and more lightweight than other power systems and could provide power regardless of location, access to sunlight, or other environmental conditions. Developing technology for fission surface power systems will also help NASA facilitate development of nuclear propulsion systems for rockets.

"New technology drives our exploration of the Moon, Mars, and beyond. Developing these early designs will help us lay the groundwork for powering our long-term human presence on other worlds," said Jim Reuter, associate administrator for NASA's Space Technology Mission Directorate.

"The Fission Surface Power project is a very achievable first step toward the United States establishing nuclear power on the Moon. I look forward to seeing what each of these teams will accomplish," said Idaho National Laboratory Director John Wagner.