Drake recently released his surprise album Honestly, Nevermind, and one of the songs on the album is titled "Texts Go Green".

Google tried to use the release of Drake's seventh album to explain the references Drake used in the song "Texts Go Green". Android took to its Twitter account, where it shared a video explaining that when a text is sent from any device that isn't an iOS device and received on iMessage, it's subjected to the "ugly" green color, or when an iPhone user has blocked the sender.

The Android team then pointed to the problem being entirely solvable by Apple, as the company just has to "adopt RCS (Rich Communication Services protocol)," which will, according to Android, "make texting more secure, too". Android then called upon one "super-talented engineer" to carry out its request, but as you may have expected, Apple hasn't replied.

Judging by Apple's stance on keeping its eco-system as closed off as it deems necessary, it seems likely that the company won't be removing the green color from non-iPhone texts anytime soon, especially with large portions of the population and culture currently viewing green texts as inferior to blue texts.

The joke, or fun Android is poking at Apple with the release of the above video seems to have somewhat landed on its face, with many Twitter users complaining about the Google Messages experience, as well as privacy issues. Actor Ryan Reynolds tuned into the video and replied, "Omg, I've learned so much."

The Android team also called Drake's song "a real banger" in their "unofficial lyric explainer", clearly illustrating how caught up they are with the cultural times and the current slang that is being used.

In other Google news, a group of US lawmakers have requested Google's parent company Alphabet to fix the its search engine and stop sending pregnant women to "fake" abortion clinics. An official letter signed by fourteen Senators and seven members of the House of Representatives, was sent to Google last week, and cited a study that found shocking statistics for Google search results. 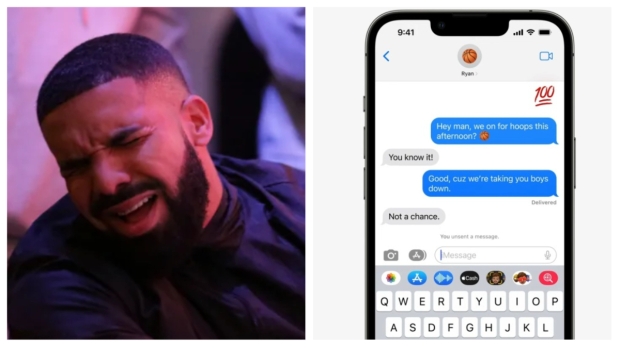