Ark 2 has an official release window of sometime in 2023, with the announcement following a new trailer for the game, giving us a better look at Vin Diesel and his character, Santiago. Check it out:

The new Ark 2 cinematic trailer describes the world of the game, with some fantastic visuals for your eyes -- while the sequel to the super-successful Ark: Survival Evolved features third-person gameplay with "advanced character traversal mechanics include mantling, free-climbing, parkour, sliding, and swinging" says developer Studio Wildcard.

Ark 2's new trailer has Vin Diesel riding a T-Rex, and I'm not even joking. He's with his family -- of course, Vin Diesel is big on FAMILY for anyone who watches the "Fast" movies -- with his character Santiago joined by his daughter Meeka, who is voiced by Auli'i Cravalho who voiced Disney's Moana.

The trailer already has 'family' memes going wild, with one of the first that I saw making me laugh out loud: CaleoGaming tweeted: "That raptor might be a strong dinosaur. But it is not as strong as family". 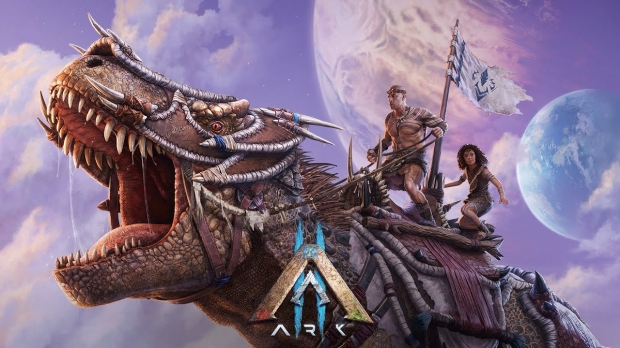