Many engineers around the world are developing clean energy solutions in an attempt to curb the ever-growing problem of fossil fuel use contributing to global warming. 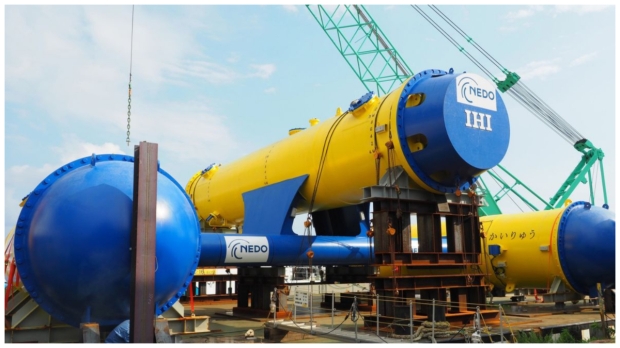 Now, Bloomberg reports that engineers in Japan have successfully tested a turbine that is capable of generating electricity using ocean currents. Reports indicate that the heavy machinery company IHI Corp has tested a prototype called Kairyu, which weighs approximately 330-tons and consists of two counter-rotating turbine fans that are connected to a large fuselage that allows it to remain floating.

Furthermore, the large prototype is also anchored to the seafloor, preventing it from moving out of its designated location. IHI Corp tested the prototype earlier this year and was able to generate 100 kilowatts of electricity, and if the company's ambitions line up with reality, IHI Corp believes it can achieve two megawatts with future testing. Notably, IHI Corp has stated that commercial operations will begin sometime in 2030/s.

"The biggest issue for ocean current turbines is whether they could produce a device that would generate power economically out of currents that are not particularly strong," said Angus McCrone, a former BloombergNEF chief editor and marine energy analyst.