NASA has taken to its blog to hone in on an elliptical galaxy and a surrounding unusual star-forming dwarf galaxy. 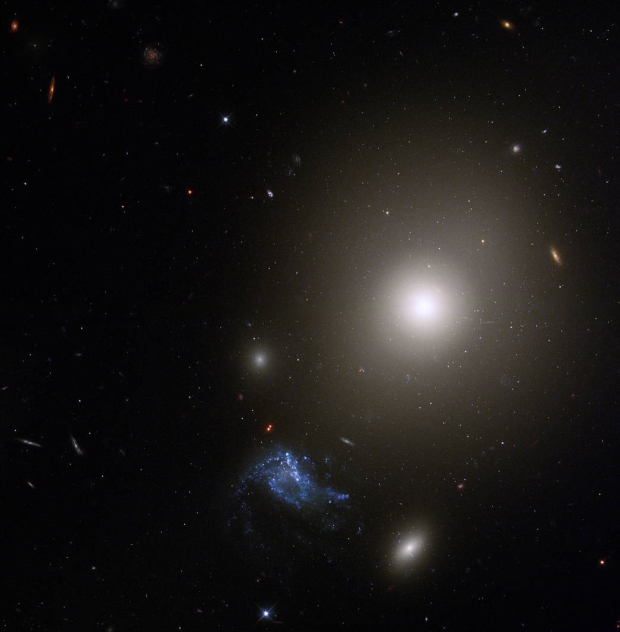 The space agency explains that the elliptical galaxy is called NGC 541, and the irregular dwarf galaxy seen as the blueish object in the above image is named the Minkowski's Object. Notably, NASA explains that elliptical galaxies are almost egg-shaped galaxies that consists of a dense group of stars that have formed after a galaxy merger. These galaxies shoot out radio jets that can't be seen by human eyes, but are detectable with NASA's high-tech instruments equipped to space telescopes such as Hubble.

Furthermore, the radio jet that has been shot out of NGC 541 has "likely" caused the star-formation that can be seen in Minkowski's Object as the extreme heat from the jet compresses the surrounding gas, heating it up - ionizing it. The ionized gas converts back to its lower-energy state, resulting in a radiation cloud. Over time this cloud then cools, beginning the slow process of starbirth. For context, Minkowski's Object holds approximately 20 million stars and is only 7.5 million years old.