Call of Duty: Warzone had a huge update with its recent Operation Monarch event reveal, where King Kong and Godzilla kind of duke it out in Warzone. 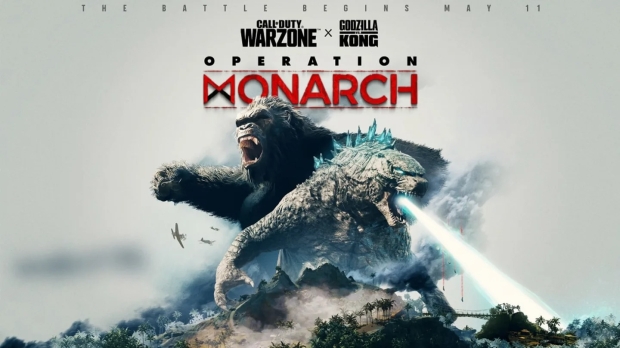 It has been a mostly forgettable event, there's something a bit more fun here -- players have discovered you can easily farm some rather baller additional XP by attacking the testicles of King Kong -- yes, that's right: blow up Kong's balls and get XP.

They're not exactly his balls per se, as you can't see his gigantic house-sized balls dangling around in the game as Kong isn't anatomically correct, but if you attack the region where his balls are, you're going to get some additional XP. Call of Duty: Warzone's Operation Monarch event went live on May 11, and wraps up on May 25.

You can watch a video on Reddit here, showing you how you can get XP for "tickling" Kong's sack in Warzone.