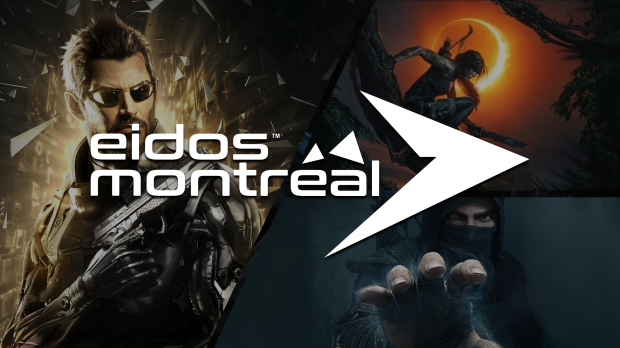 Embracer is buying Eidos Montreal and Crystal Dynamics for $300 million, and the company held a big presentation outlining each studio and their associated IPs. The stream included a look at Deus Ex and a brief discussion on what Eidos Montreal is currently creating.

According to Eidos Montreal studio head David Anfossi, the company has several new projects in dev across its teams in Montreal, Sherbrooke, and Shanghai.

"Our mission now is crafting emotions and our studio values are people, courage, business savvy and continuous improvement. These principles guided us to stop development of our in-house engine and focus on what matters: content," Anfossi said.

"We now have several developments and they all collaborate on Unreal Engine 5 technology."

It's possible Eidos Montreal is co-developing the new Tomb Raider game with Crystal Dynamics, which is also being made in Unreal Engine 5.

It's also possible that Eidos is making a new Deus Ex game to round out the Adam Jensen trilogy and provide much-needed closure to the cliffhanger ending of Mankind Divided.

Wingefors also says that developers will be given "enough time to ship high quality products," and won't be rushed into constrained schedules.

"Our decentralized operating model gives the autonomy and freedom for the studio heads and management to maximize their potential."

"That speaks well from the ambitions I've been hearing from the studios."