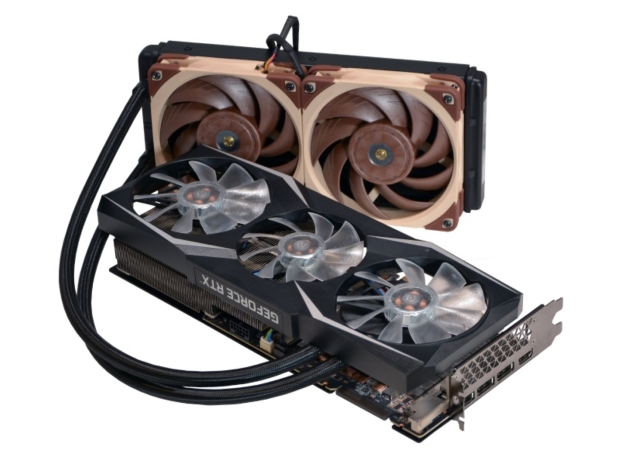 The new Sycom GeForce RTX 3090 Ti G-Master Hyrdo graphics card has a triple-fan cooler on its triple-slot design, but also has a dual-fan AIO cooler. Yeah, not one -- but two coolers -- the first of its kind: rocking 5 cooling fans in total, I'm sure it's going to be running pretty chill.

Sycom is using an OEM triple-fan cooler joined by the higher-end Asetek Hybrid GFX 240mm AIO cooler, which is joined by dual 12cm Noctua NF-A12X12 ULN fans. So, you should expect low GPU and GDDR6X memory temperatures, as well as near-silent operation as the fans only make 12.1 dBA of noise. The company says that their RTX 3090 Ti is up to 15C cooler with the AIO cooler.